Big D And The Kids Table 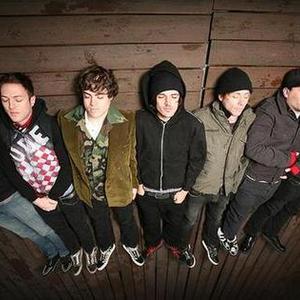 Big D and the Kids Table is a third-wave ska/punk band formed in October 1995 in Allston Village, Boston, Massachusetts signed to Springman Records. Members of Big D ... also run the Boston, Massachusetts area record label, Fork In Hand Records, which has released numerous albums from Big D ... and other local Boston artists. Their music often reflects member's personal lives, especially the financial difficulties that many members have faced in the past.

In 1999, they won Boston Music Awards distinction of "Outstanding Ska Band." Big D has put on an annual Halloween Show at the Avalon in Boston, which is decidedly the most anticipated show by both band members and fans. They have been a part of both the Warped Tour and Ska is Dead tour, sharing the stage with some of both Punk and Ska's elite underground bands. Their latest Album "Strictly Rude" has been released as well as an electro mashup album done by Bostons award winning DJ BC Called "strictly mixed and mashed" and upcoming anticipated releases include a DVD "we're built up from nothing".
The band got their name from a suggestion given by a friend, because whenever that friend had dinner at Dave's house he would sit at the kid's table.

The Damned, The Dumb & The Delirious