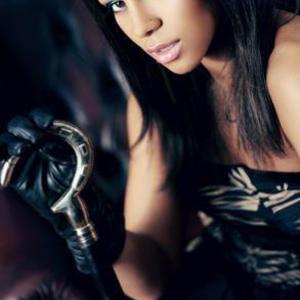 There are several singers who go by the name of Tina. 1. Tina was born in 1984 in Pre?ov, Slovakia. After finishing her high school, she was accepted to study acting in Bansk? Bystrica. Her career as a singer started in 2003. Helico introduced her to Le Creative studio. Subsequently, she sang a famous song Story, which later became a great success in playlists and radio charts all around Slovakia. When recording album with Helico, Tina got acquainted with producers P. Graus, T.

After finishing her high school, she was accepted to study acting in Bansk? Bystrica. Her career as a singer started in 2003.
Helico introduced her to Le Creative studio. Subsequently, she sang a famous song Story, which later became a great success in playlists and radio charts all around Slovakia. When recording album with Helico, Tina got acquainted with producers P. Graus, T. Zub?k and M. Kach?t. Without any rush they altogether started to prepare material for Tina?s solo album. Tina accepted the offer for participating in b3 concerts for their new album be free for friends. Her podium performance, spontaneity and sentiments were very well received.

Tina likes soul and black music alike, she is inspired by foreign and Slovak hip hop. DJ Jazzy, renowned hip ? hop DJ accepted her offer for co-production of her album. He is known for his previous cooperation with CHAOZZ and Trosky. Besides him, Vec, Wich, Cistychov participated in album creation. Her first album was released under the label of Millenium Records titled Tina in June 2004. In summer 2004, she won a competition for a post of musical program speaker in TV JOJ. She has held this post until now. Moreover, she has been recording jingles for Fun Radio for more than two years and her voice can be heard in various TV commercials. In theatrical year 2004, she was performing in the Puppetry Theatre at the Crossroads - Bansk? Bystrica in the performance Kubo. Tina, together with Cistychov, performed as a forerunner at the concert of the legendary hip - hop group DE LA SOUL in Prague and at the concert of DELIQUENT HABITS in Bratislava. She performed as a forerunner at GROOVE ARMADA, SIMPLY RED and BLACK EYED PEAS concert. She was singing at all big summer Slovak festivals e.g. In December 2004, she was awarded prize Newcomer of the Year 2004, in the competition of Grand Prix Radio. According to the dramaturges she was the most played Slovak singer and the biggest talent of the year 2004 at the same time. In February 2005, Tina received two nominations for the prize Aurel 2004 in the category Female Singing Performance and Newcomer of the Year 2004. Tina's new album ?Chillin? is due to be released on the November 13th on EMI Records. Her EP ?I know you will say yes occupies the upper positions in musical charts and was the one of the most frequently played songs on radio during seven subsequent weeks. EP is accompanied with videoclip, which is very successful both in Slovakia and Czech Republic.


2. Tina: the princess of zouk
http://www.last.fm/music/tina+ly

Born on May 4, 1979 in French Guiana, Tina began to sing with her father, who was a French music composer, at a very young age. In 1987, she released two songs written by her father. Both songs were highly requested on RFO Guyane and other French channels. In 1991, she participated in an album titled Le monde musical d'Yvon ROLLUS with some of the best Guyanese singers.

Ten years later, after the success of the album Le monde musical d'Yvon ROLLUS, Tina was landed the record deal of a lifetime from Section Zouk records for her debut album Tina, which featured production from hit zouk producers Peggy Bajal, Steeve-Pierre Louis, Ludo and Laurent Tournier. The album Tina reached the top of the Caribbean music charts. This humongous success has landed Tina the award for best female singer in the Dynamitch awards in France in May of 2002.

In 2003, she released her second album Di moi tout with production from Harry Diboula, Ali Angel, Peggy Bajal, and Steeve-Pierre Louis. The first single from the album Sans Tricher was the one of the highest requested songs in NRJ Antilles radio in Martinique, Guadeloupe, and in her homeland French Guiana.

Four years after her second album, Tina is set to release her third album Couler du monde this month with production from Ali Angel and Nickenson Prud'Homme of Zenglen. This album features a special duet with Richard Cave of Carimi (mentioned earlier) in the song A tes cot?s. Released on You tube on October 10, 2007, the video A tes cot?s has already received an estimated 16,000 hits. The video was choreographed so well that rumors were flying that Richard Cave and Tina were a couple. Both artists have denied the rumors and said that they're just friends and nothing else.

Tina is a wonderfully talented singer with a beautifully model-like look and great zouk melodies with a hint of Konpa in songs like Tchimbe, Je t'Aurai, and A tes cot?s. Many believe that Tina will continue to have more success in the kompa/zouk music genre for years to come.

3. Tina is an Arabic female singer from Lebanon, with Greek roots.

It Must Be Christmas