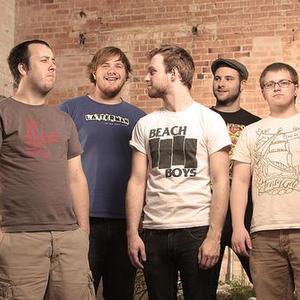 The Wonder Years are an American pop punk band from Lansdale, Pennsylvania that began in June 2005. Since their conception, they have released three full length albums, two EPs, and several splits/compilations. The group is currently signed to Hopeless Records and originally got their name from the television show of the same name. The Wonder Years's first two years of existence amounted to two relatively unknown split EP's with Lansdale bands that are no longer together.

The Wonder Years's first two years of existence amounted to two relatively unknown split EP's with Lansdale bands that are no longer together. Their first split with Emergency and I was released in 2005 and featured two songs that would later be included and re recorded on their first full length Get Stoked on It!. ("I Fell in Love with a Ninja Master" and "Buzz Aldrin: The Poster Boy for Second Place"). The other song on the split was "Cowboy Killers".

The Wonder Years quickly followed up their 2005 release by putting out another split, this time with a band called Bangarang! In a similar fashion to their split with Emergency and I, The Wonder Years's split with Bangarang! featured two songs that would be re-recorded and included on Get Stoked on It!. ("My Geraldine Lies Over the Delaware" and "Let's Moshercise!"). The other two songs were "I Ain't Sayin Hea Golddigga (Sike!)" and "Through Two Hearts".

The Wonder Years signed to No Sleep Records in 2007 - After completing their first UK tour with Never So True, The Wonder Years's first full length album, Get Stoked on It! caused their then-small fan base to grow significantly.

In the spring of 2008, The Wonder Years released an EP titled, Won't Be Pathetic Forever. In 2009, The Wonder Years' released a split EP titled Distances with U.K. pop-punk band All or Nothing. The split consisted of only two songs by The Wonder Years, and it was after this release that keyboardist/vocalist Mikey Kelly left the band to pursue other goals.

The Wonder Years's second full length album, The Upsides was released on January 26, 2010. The Upsides sold 1852 units in its first week, landing it on multiple Billboard charts: #5 on Alternative Artist, #9 on Top New Artist, #26 on Top Internet Album, and #43 on Indie Label Album.

After spending time recording the new album, The Wonder Years set off on The Kerrang! Relentless Energy Tour alongside Good Charlotte, Four Year Strong, and Framing Hanley in February.

For the month of April, the band toured smaller markets that were not prohibited by their agreement to play Warped Tour. The "Manscout Jamboree Tour" was a co-headliner with Fireworks, support courtesy of Living With Lions, Such Gold and Make Do and Mend. Mixtapes and This Time Next Year acted as support when Fireworks and Such Gold were forced to miss dates.

On April 11, 2011, the Wonder Years announced that their new album is to be entitled Suburbia: I've Given You All and Now I'm Nothing. It was released June 14, 2011 on Hopeless Records. "Suburbia" is inspired by the poem America by Allen Ginsberg as well as the band's life following the release of The Upsides. The album is said to be part of the Wonder Years's continuing cohesive "story", told through all of their albums (Get Stoked on It! notwithstanding). The first single off the album titled "Local Man Ruins Everything" was released on April 12, 2011 on iTunes. The second single, "Don't Let Me Cave In, was released on iTunes and Amazon on May 3, 2011, along with a music video. The third single, "Coffee Eyes" was made available for streaming on the Alternative Press website on June 1, 2011. The album is also released on vinyl through No Sleep Records. The record charted at number 73 on the Billboard Top 200 the week of its release, selling 8100 copies.

The Hum Goes On Forever

Suburbia I've Given You All And Now I'm Nothing (Deluxe Version)

Suburbia I've Given You All And Now I'm Nothing