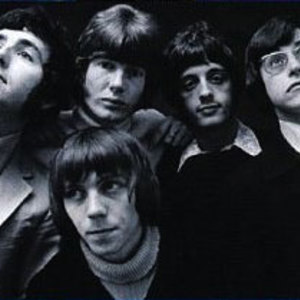 Marmalade were a successful Scottish pop/rock group, originally fronted by the vocalist Dean Ford. Unusually, Marmalade had two bass players, and were originally called Dean Ford & The Gaylords; they released several unsuccessful singles between 1964 and 1966, before changing their name. Their next few singles also failed to chart in the UK, although one, "I See The Rain," was highly praised by Jimi Hendrix and became a Top 40 hit in the Netherlands in 1967.

Unusually, Marmalade had two bass players, and were originally called Dean Ford & The Gaylords; they released several unsuccessful singles between 1964 and 1966, before changing their name. Their next few singles also failed to chart in the UK, although one, "I See The Rain," was highly praised by Jimi Hendrix and became a Top 40 hit in the Netherlands in 1967.

Marmalade's record label, CBS, threatened to drop them if they did not have a hit, and after the failure of another self-penned single later that year, "Man In A Shop", insisted they record more chart-oriented material. They rejected "Everlasting Love", which became a Number One for Love Affair, but later gave in to pressure and recorded a cover version of an American hit by The Grass Roots, "Lovin' Things", which reached number 6 in the UK Singles Chart in the summer of 1968. After a lesser hit with the follow-up "Wait For Me Mary-Anne", which only made number 30, they enjoyed their greatest success with their cover of The Beatles' "Ob-La-Di, Ob-La-Da", which topped the UK chart in January 1969. As the first Scottish group to ever top the UK chart, the week it went to the top spot, they celebrated by appearing on BBC1's music programme Top Of The Pops, dressed in kilts.

This was followed by further successes with "Baby Make It Soon". After a change of record label to Decca Records, under a deal allowing them to write and produce their own songs, they recorded their only American hit, the melancholy "Reflections Of My Life", with its distinctive backwards guitar break. Other UK hits included "Rainbow", and "My Little One". They toured extensively and even gave rise to a cocktail - the Marmaladdie. They were managed by Peter Walsh, a 1960s and 1970s pop entrepreneur whose portfolio also included artists like the Bay City Rollers, Billy Ocean, The Troggs and Blue Mink.

When Campbell, who co-wrote most of the group's original material with Ford, left the band in 1971, Marmalade suffered adverse publicity from the UK's newspaper, News of the World. They began a series of line-up changes including the loss of drummer Alan Whitehead, who was sacked in the middle of a self-promotion programme with his starlet girlfriend. A new guitarist Hugh Nicholson heralded an attempt to fit into the popular shift towards "progressive" music which met with limited success. However, Nicholson penned two of their last hits, "Cousin Norman" and "Radancer". He left in 1973 to form Blue (not to be confused with a much later boy band of the same name - Blue), and Dean Ford plus Graham Knight carried on with Marmalade. Nicholson was replaced by Mike Japp, a rock guitarist from the Welsh band 'Thank You'.

Refusing to play most of the band's old hit records on stage, the group slowly came to a standstill. Graham Knight was sacked, but then linked up with the original drummer, Alan Whitehead, to form Vintage Marmalade. They were reunited with their old manager Peter Walsh to play all the hits on stage, and had a full date sheet.

Dean's Marmalade soon died a natural death, leaving Knight and Whitehead to take over the name Marmalade again with a new line-up, fronted by vocalist and guitarist Sandy Newman. They signed a deal with Target Records, and had another Top 10 hit in 1976 with the ominously entitled song, "Falling Apart At The Seams". Subsequent singles then failed to chart.

Whitehead left the band in 1978 to manage other pop groups, which he does to this day. Knight is still touring on the nostalgia circuit with Marmalade - the only original left - along with Newman, Glenn Taylor (drums), and Alan Holmes (guitar). Ford lives in New York having retired from the music industry, whilst Fairley has his own bar, called Scotland Yard, situated in Los Angeles.

Whitehead married Louise and they had two children, born in 1988 and in 1992. Despite Knight and Ford's greater celebrity, Whitehead always contended that he was the 'face' of the Marmalade, although arguably few would recognise him.

Campbell is a successful songwriter and arranger, now living in Sussex, England.

Reflections Of My Life