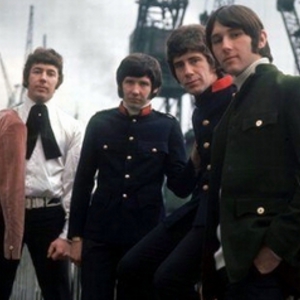 The Tremeloes are an English beat group founded in 1958 in Dagenham, Essex, England, and still active today. The group began as Brian Poole & the Tremoloes, the name soon being changed to Brian Poole & The Tremeloes thanks to the spelling mistake of a local newspaper. They were initially cast in the Buddy Holly & The Crickets mould. Decca notoriously chose them over The Beatles, whom they had auditioned on the same day. They first charted with a version of ?Twist and Shout? (1963), which owed much to the Beatles' version, followed by a chart topping cover of The Contours' U.

. million-seller ?Do You Love Me? in the same year. Before they parted company with Brian Poole in 1966, their covers of Roy Orbison's B-side, "Candy Man" and The Crickets' B-side ballad, "Someone Someone" (both 1964) entered the UK singles chart Top Ten, with the latter peaking at number two.

Once Poole had left, and after a couple of near misses, rhythm guitarist and keyboard player Alan Blakely took over leadership of the group, and Len 'Chip' Hawkes (father of 1990s hitmaker Chesney Hawkes) replaced bassist Alan Howard. They started an even more successful hit run in 1967 with Cat Stevens' ?Here Comes My Baby?; ?Suddenly You Love Me?, ?Hello World?, and ?My Little Lady?, and their number-one recording of an old Four Seasons' B-side ?Silence Is Golden?. Both this last single and ?Here Comes My Baby? also entered the U.S. Top Twenty. All members shared vocals, though most of the songs featured either Hawkes or drummer Dave Munden as the lead singer. Guitarist Ricky West sang lead vocal on "Silence Is Golden". Their regular hits were accompanied by frequent appearances on BBC's Top of the Pops television programme. Their songs were popular with younger music fans and parents rather than rock music fans. Altogether, without Poole the group had nine UK Top Twenty hits.

?Me and My Life? was a hit in 1970, but the group did themselves no favours when an interview in the weekly paper Melody Maker quoted them as calling the fans who had bought their earlier singles 'silly suckers'. Their album Master failed to sell well, and they had no British hits after "Hello Buddy" in 1971.

Their music is still available on CD, and they quite often play concerts and are part of the pop-revival shows that constantly tour the UK. Their line-up changed several times from 1972 onwards, with Munden remaining the only constant member. Hawkes pursued a solo career for a while, and Blakely produced records for other acts, including the Rubettes and Mungo Jerry. In 1983 the original quartet reformed and narrowly missed the charts with their cover version of the Europop hit "Words".

As a soloist, Poole failed to chart with subsequent records, but pursued a successful cabaret career. In 1996 his daughters Karen and Shellie hit the charts as post-Alanis Morissette popsters Alisha's Attic. Blakely died from cancer in June 1996, leaving Munden and West to continue in concert with newer recruits Dave Fryar (bass) and Joe Gillingham (keyboards). In 2005 Fryar was replaced by Jeff Brown.
[edit]

In April 2004, at the request of The Animals who were about to do their 40th anniversary tour, Hawkes was asked to form a band to tour with The Animals. This he did, bringing together a true supergroup also including Mick Avory (ex-The Kinks), Eric Haydock (ex-The Hollies), who have teamed up to perform as The Class of 64, also featuring guitarists, Telecaster Ted Tomlin and Graham Pollock. The band have toured around the world, recorded an album of past band hits and a new single.