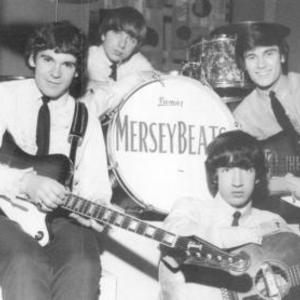 Originally called The Mavericks, Tony Crane (born Anthony Crane, 17 April 1945, in Anfield, Liverpool) and Billy Kinsley (born William Ellis Kinsley, 28 November 1946, at The Mill Road Hospital, Mill Road, Anfield, Liverpool) formed their first band in late 1960 and became The Pacifics in September 1961. They were re-named The Mersey Beats in February 1962 by Bob Wooler, MC of the famous Cavern Club. Later in April 1962 they became The Merseybeats. By now Crane and Kinsley had joined up with guitarist Aaron Williams (born 23 June 1942, in Liverpool) and drummer John Banks.

They were originally signed to the Brian Epstein organisation, but when Epstein failed to supply The Merseybeats with the same classy suits that he had given The Beatles, they parted company with him, much to their later regret.

They then signed a record deal with Fontana and had their first hit single in 1963 with "It's Love That Really Counts", followed in 1964 by their million-selling recording "I Think of You" which gained them their first gold disc. They had two more major hits, "Don't Turn Around" and "Wishin' & Hopin'". Other successful recordings included "Last Night", "Don't Let it Happen to Us", "I Love You Yes I Do", "I Stand Accused", "Mister Moonlight", "Really Mystified", "The Fortune Teller", and "Lovely Loretta".

The Merseybeats became well known for their distinctive style of fashion. They were credited as the 'Best Looking Group', dressed in tight-fitting suits with bolero jackets and frilly shirts. Their outfits, complete with high-heeled zip boots, provoked hysteria from their female fans.

They appeared regularly at Liverpool's world famous Cavern Club and they claim to have appeared there with The Beatles on more occasions than any other band from that era. They were also successful abroad, touring in Germany and the U.S. in 1964, and having their own Merseybeats Show on Italian television.

The Gallery Of British Beat Vol.10