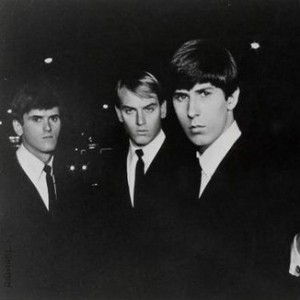 "Louie Louie" was kept from the top spot on the charts in late 1963 and early 1964 by the Singing Nun and Bobby Vinton, who monopolized the #1 slot for four weeks apiece. The Kingsmen single reached #1 on the Cashbox chart and #2 on the Billboard Hot 100 chart. Additionally in the UK it reached #26 on the Record Retailer chart. It sold over one million copies, and was awarded a gold disc. The B-side of the single was an instrumental, "Haunted Castle".

The band attracted nationwide attention when "Louie Louie" was banned by the governor of Indiana, Matthew E. Welsh, also attracting the attention of the FBI because of alleged indecent lyrics in their version of the song. The lyrics were, in fact, innocent, but Ely's baffling enunciation permitted teenage fans and concerned parents alike to imagine the most scandalous obscenities. All of this attention only made the song more popular. In April 1966 "Louie Louie" was reissued and once again hit the music charts, reaching #65 on the Cashbox chart and #97 on the Billboard Hot 100 chart.

After the success of "Louie Louie", the members of the Kingsmen took varied paths. Easton, whose mother had registered the name of the group and therefore owned it, declared that from this point on he intended to be the singer, forcing Ely to play the drums. This led Jack Ely and Bob Nordby to quit the group.

Ely would later form his own "Jack Ely & the Kingsmen". Don Gallucci was forced out because he wasn't old enough to tour and later formed Don and the Goodtimes, which morphed into the short-lived Touch. Later, Gallucci would become a record producer with Elektra Records, with his most famous production being The Stooges' seminal second album Fun House. ("Louie Louie" was frequently performed at Stooges concerts; the song appears on their live album as well as an Iggy Pop solo record.) The two remaining original Kingsmen, Lynn Easton and Mike Mitchell, toured as the official band.

Following legal action on both sides, Easton established his right to the "Kingsmen" name. Thus Ely was forced to stop using it, and Easton was forced to stop lip syncing to Ely's vocals. This initially hurt the Easton Kingsmen's popularity, after audiences realized that this was no longer the band they had come to see. Eventually, though, the official band (with Easton on vocals) charted several more singles in the 1960s.

On November 9, 1998, The Kingsmen were awarded ownership of all their early recordings released on Wand Records from Gusto Records, including "Louie Louie." They had not been paid royalties on the songs since the 1960s.

Prior to this group's formation, another group called The Kingsmen operated in 1958 and was made up of members of Bill Haley & His Comets who were moonlighting from their regular work with Haley. This group scored a hit record (#35) on Billboard with the instrumental entitled "Week End", written by Rudy Pompilli, Franny Beecher, and Billy Williamson, backed with "Better Believe It" as the B side. They released a follow-up single on East West Records featuring "The Catwalk" backed with "Conga Rock". Although the Comets did the actual recordings, when The Kingsmen went on tour a different set of musicians performed instead of Haley's people. The band made at least one appearance on American Bandstand in 1958.

Various other groups have used the name "The Kingsmen", including a gospel vocal group formed in 1956 (also referred to as The Kingsmen Quartet) and bands that were later re-named as Flamin' Groovies, The Gants and The Statler Brothers. An a cappella group at Columbia University is traditionally known as The Kingsmen; one incarnation of that group became Sha Na Na; also circa 1962-63, Bruza / Magnoli / Nofz / Tomczyk adopted that name in SE MI until dis-banding during the late-1970s.

Louie, Louie The Very Best Of

The Kingsmen In Person (Remastered 1993)