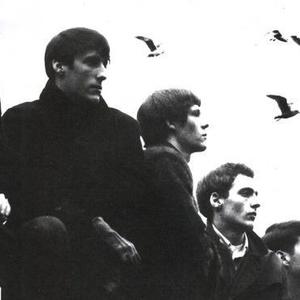 The Sonics are a garage rock band formed 1960 in Tacoma, Washington, United States, the band's original members were Gerry Roslie (vocals, piano, organ), Larry Parypa (guitar), Andy Parypa (bass), Rob Lind (saxophone) and Bob Bennett (drums). The band's loud, powerful sound is often considered to be extremely influential on the later psychedelic and punk genres. Forming in the wake of the early-'60s success of local favorites The Kingsmen and The Wailers (whose Etiquette label they recorded for)...

Forming in the wake of the early-'60s success of local favorites The Kingsmen and The Wailers (whose Etiquette label they recorded for), the Sonics combined classic Northwest-area teen band raunch with early English band grit (particularly influenced by The Kinks), relentless rhythmic drive, and unabashed '50s-style blues shouting for a combination that still makes their brand of rock & roll perhaps the raunchiest ever captured on wax.

Lead singer Gerry Roslie was no less than a white Little Richard, whose harrowing soul-screams were startling even to the Northwest teen audience, who liked their music powerful and driving with little regard to commercial subtleties. With hit after hit on the local charts (and influencing every local band that ever took the stage), the band inexplicably was never able to break out nationally, leaving its sound largely undiluted for mass consumption. Breaking up between 1966 and 1968 (after one ill-fated album attempt to water down their style for national attention), the Sonics continue today to be revered by '60s collectors the world over for their unique brand of rock & roll raunch.

In 2007, The Sonics reunited again, this time for the Cavestomp garage rock festival in Brooklyn (November 2-4, 2007). The line up featured original members Gerry Roslie on vocals/keyboards, Larry Parypa on guitar and Rob Lind on tenor sax; with Ricky Lynn Johnson (of The Wailers) on drums and Don Wilhelm (of The Daily Flash) on bass and vocals.

In 2008, The Sonics recorded a live session for Mark Lamarr's BBC Radio 2 show God's Jukebox on March 22. They played their first ever shows in London on Friday March 21 and Sunday March 23.

Since then, they have played the Primavera Festival in Barcelona, followed by Bilbao, then Belgium, Norway, and the Azkena Rock Festival in Vitoria in the Basque Country.

Their first show in their home region since their last Seattle reunion in 1972 was on Halloween 31 October 2008 at the Paramount Theatre in Seattle, where they were introduced and joined onstage for a couple numbers by Steven Van Zandt. Kent Morrill (front man of the Wailers) made a surprise appearance to help sing his signature song "Dirty Robber". Bob Bennett was also present to sit in on drums albeit only for a few songs and only while Ricky Lynn Johnson played in unison.

This Is The Sonics

Here Are The Sonics (CD Version)

Fire And Ice II And The Lost Tapes

Here Are The Sonics