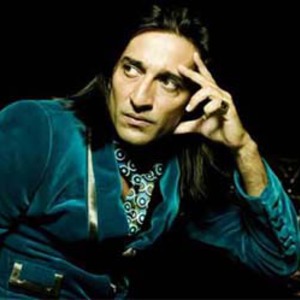 The name of Antonio Carmona is indissolubly linked to that of Ketama, although he isn't one of its founding members. He is the singer and leader or, at the very least, the most visible element of the band. He has also been considered one of the best percussionists in the country. He has been the main divulger of the Peruvian caj?n, which was introduced into flamenco by the Brazilian percussionist Rubem Dantas.

He is one of the leading representatives of new flamenco, or of the fusion of flamenco with other genres, a style that he has mainly developed within the ranks of Ketama. However, before reaching this level of crossbreeding, he was already a deep connoisseur of pure flamenco, due to his origins: he is the son of Juan el Habichuela. On some occasions he has expressed the need to return to their roots.

He has also taken his first steps in cinema. Antonio Carmona appeared in the picture "Gitano" (2000), in which he shared the shoot with Joaqu?n Cort?s, Pilar Bardem and Laetitia Casta. Alongside the Portuguese actress Mar?a de Medeiros, he was one of the protagonists of the film "Go for Gold!" (1997), which was backed by Wim Wenders and directed by Lucien Segura. He also appeared in "Berl?n Blues" by Ricardo Franco.

After the break-up of Ketama, the band to which his career was tied for over 20 years, Antonio Carmona has embarked upon his solo career with the album "Vengo venenoso".