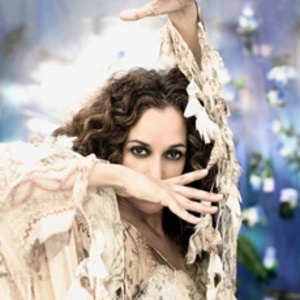 1) Rosario Flores (born November 4, 1963) is a Spanish singer and actress. She was born in Madrid, Spain as the daughter of Antonio Gonz?lez ('El Pesca?lla') and Lola Flores. She is the sister of actress Lolita Flores and singer-songwriter Antonio Flores. She has a daughter with her ex boyfriend Carlos Orellana. Her second son, Pedro Antonio, was born January 21, 2006, the same day as his grandmother Lola Flores. Rosario and Pedro Lazaga, her partner and father of her second son, met while filming Pedro Almodovar's film Hable con ella in 2001.

3) Artist from Mexico City: "Rosario"History has it that this simple treatment to be taken off the market because there was an order to ban everything that had to do with the legendary Festival Avandaro (Total repression of Musicians). If you listen to the songs will be given one account of the ever-changing style of this artist, because they may be a Rock Guitar Based Heavy As in the case of "Avandaro", "Rengalaz" A ballad from a rocker with brass section "Beware the Witch" to decay into a Simple sampling without Imagination "Double Barrel." This and more was Rosario, But ... Who is it? ..

Rosario was a name adopted to record another solo melody on "Lalo Duarte" who try to take adelande Another project after participating and being part of bands such as "La Tropa Loca" and "free expression" Apart from Haber Taken In solo songs and accompanied by The Last Banda Annotated.
His style before Rosario was like most artists of the late 60s (Removing covers while trying to be a bit more original), was composer of almost all his interpretations, and author of his songs.