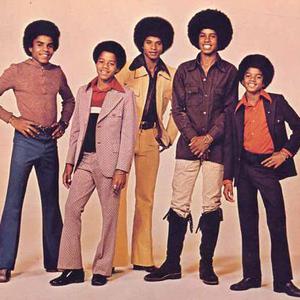 The Jackson 5 (also spelled The Jackson Five or The Jackson 5ive, abbreviated as J5, and later known simply as The Jacksons) was an American popular music quintet from Gary, Indiana. The group, active from 1964 to 1990, regularly played from a repertoire of R&B, soul, funk, and later disco. Considered "one of the biggest phenomenons in pop music" during the early 1970s, the Jackson 5 are also notable for launching the career of their lead singer, the late Michael Jackson.

The primary members of the group were all the sons of Katherine and Joseph Jackson: Jackie Jackson, Tito Jackson, Jermaine Jackson, Marlon Jackson, Michael Jackson, and Randy Jackson. Joseph Jackson formed the band in 1964 and served as its manager, with Jackie, Tito, Jermaine, and unrelated youths Reynaud Jones and Milton Hite comprising its original lineup. Within a year, Michael and Marlon joined the band, and Michael became lead singer as the group developed a following in the eastern and midwestern United States during the mid-1960s. Signed to the Motown label from 1969 to 1975, and to CBS Records (as "The Jacksons") from 1975 until their disbanding in 1990, the Jackson 5 were one of the most popular groups of the era and became the first recording act to have their first four major label singles (I Want You Back, ABC, The Love You Save, and I'll Be There) reach the top of the American charts. Several future singles, among them "Mama's Pearl", "Never Can Say Goodbye" and "Dancing Machine", were Top 5 pop hits and number-one hits on the R&B singles chart. Most of the early hits were written and produced by a specialized songwriting team known as The Corporation?; later Jackson 5 hits were crafted chiefly by Hal Davis.

While not the first act considered a "boy band", The Jackson 5 is one of the earliest examples of the type as it is defined today: five adolescents specifically packaged and marketed by a record label for crossover pop success. Upon their departure from Motown for CBS in 1975, the Jacksons, were forced to change their name and trade Jermaine (who remained at Motown) for Randy. The group took control of their songwriting, production, and image, and their success continued into the 1980s with hits such as "Shake Your Body (Down to the Ground)" and "State of Shock", and a highly successful 1984 Victory tour. The Jacksons officially disbanded in 1990.

The Jacksons were a working-class family from Gary, Indiana. Katherine, being a Jehovah's Witness, raised the children as such, while their father, Joe, was not of that faith. Their father, a steel mill employee who often performed in an R&B band called "The Falcons" with his brother Luther, was a strict disciplinarian. Many of the Jackson children recall being severely beaten by Joe for misbehaving.

The children found an outlet in music, with elder brothers Jackie (born Sigmund Esco Jackson, 1951), Tito (born Toriano Jackson, 1953), and Jermaine (b. 1954) borrowing their father's guitar without his permission and playing along to the radio. Younger brothers Marlon (b. 1957) and Michael (b. 1958) were allowed to watch as long as they did not tell. Joseph eventually discovered that the older three boys were playing his guitar when one of the strings broke[2]. Although he was furious at first, Joseph realized the boys had talent and began making plans to create a musical act for them.

In 1965, Jackie, Tito, and Jermaine began performing around the Gary area with two neighborhood children, Milford Hite (on drums) and Reynaud Jones (on keyboards), in a group called The Jackson Brothers. Joe Jackson served as the manager, at first only part-time, and then eventually quitting his job at the steel mill. Jermaine sang lead and played bass, and Tito played guitar.

In 1966, younger brothers Marlon and Michael, joined the group as its tambourine and bongo players. Already showing talent as a singer and dancer[3], Michael replaced Jermaine as lead vocalist by mid-1967. Shirley Cartman, Tito's junior high orchestra teacher, noticed the group's talents and served as an early mentor to the group, by then calling itself The Jackson Five.

During this period, the boys toured Indiana extensively, and after winning a major local talent show in 1966 with a rendition of The Temptations' "My Girl", led by Michael, they began playing professional gigs in Chicago, Illinois and across the mid-eastern U.S. Many of these gigs were in a string of black clubs and venues collectively known as the "chitlin' circuit", and the young kids sometimes had to open for strip teasers and other adult acts in order to earn money.

Shirley Cartman got the Jackson Five a record deal with Gordon Keith's local Steeltown label, and the group began making their first recordings in 1967. Their first single, "Big Boy", became a regional hit. During this period, Johnny Jackson (no relation) on drums and Ronnie Rancifer on keys replaced Milford Hite and Reynaud Jones.

The Jackson Five had a number of admirers in their early days, including Sam & Dave, who helped the group secure a spot in the famous Amateur Night competition at the Apollo Theater in Harlem. The group won the August 13, 1967 competition during the Amateur Night showdown at the Apollo, impressing Motown Records artist Gladys Knight of The Pips. Knight recommended the group to Motown chief Berry Gordy, but Gordy, who already had teenager Stevie Wonder on his roster, was hesitant to take on another child act because of the child labor laws and other problems involved.


The Jackson Five's sound was influenced by many of the biggest stars of the 1960s, especially including family funk bands Sly & the Family Stone and The Isley Brothers, soul pioneer Marvin Gaye, doo-wop boy band Frankie Lymon & the Teenagers, and soul shouters like Wilson Pickett, Jackie Wilson, Stevie Wonder and James Brown [4]. At the time of their early success, soul and funk stars, especially coming from Motown Records, were among the most popular musicians; Motown had launched the careers of dozens of the decade's biggest stars, most notably Smokey Robinson & the Miracles, Stevie Wonder, Marvin Gaye, The Temptations, and Diana Ross & the Supremes.

From these sources, The Jackson Five developed many of their vocal arrangement styles and dance movements. The group's multi-lead vocal style was inspired by that of The Family Stone, while young Michael adapted Jackie Wilson and James Brown's impassioned singing and dancing styles into his own.

By 1968, the Jackson 5 were a headlining act for the All Star Floor Show at Chicago's The Guys' and Gals' Cocktail Lounge and Restaurant. From July 12 - 27, 1968, the Jackson 5 opened for Motown group Bobby Taylor & the Vancouvers at Chicago's Regal Theater. Taylor was also very impressed with the boys, and he decided to make the commitment to bring them to Detroit and Motown. Joseph and the Jackson Five stayed on the floor of Bobby Taylor's Detroit apartment the night of July 22, while Taylor and Motown executive Suzanne de Passe arranged for the Jackson Five to audition for the label.

On July 23, the Jackson Five had their Motown audition, for which they performed James Brown's then current hit "I Got the Feelin'". Berry Gordy was not in attendance, but the audition was videotaped and sent to him in Los Angeles. Gordy's initial reluctance to sign the group disappeared when he finally saw the boys perform. Gordy decided to sign the Jackson Five to Motown, and hosted a party at his Detroit mansion on November 25, 1968 to introduce them to the Motown staff and stars.

Motown began negotiations to buy out the Jackson Five's Steeltown contract, completing the deal in March 1969. By the summer, Bobby Taylor began producing the group's first recordings at Motown's Hitsville U.S.A. recording studio in Detroit. The early Taylor-produced Jackson Five records were all covers of both contemporary hits and Motown-standards, including Sly & the Family Stone's "Stand!" and their famous rendition of The Miracles' "Who's Lovin' You", written by Smokey Robinson.

In mid-August 1969, Gordy moved the Jackson Five and Joseph to California, and he and Suzanne de Passe began the process of grooming them as the label's next big act, while the rest of the family remained in Gary. While looking for a house in California, Joseph, Jermaine, Tito, and Jackie lived with Berry Gordy, while Michael and Marlon lived with Motown star Diana Ross.

Come And Get It: The Rare Pearls CD2

Come And Get It: The Rare Pearls CD1

Live At The Forum CD2

Live At The Forum CD1

J Is For Jackson 5

I Want You Back! Unreleased Masters