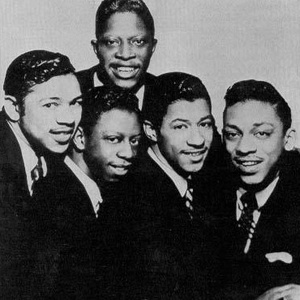 The Cadillacs were a Harlem doo wop group that began in 1953 as The Carnations. Renamed in 1954 when they began to record, they were best-known for their hit "Speedo", which was also notable as the first R&B record to chart on Billboard's pop chart ahead of its R&B chart. The group (or groups, given a split between the original members) disbanded in the early 60s; but original members Earl Carroll (also of The Coasters) and Bobby Phillips re-formed the group for a comeback in the 80s and 90s.

The Fabulous Cadillacs - The Crazy Cadillacs