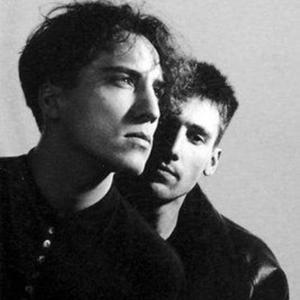 Originally a quartet whose sound drew inspiration from psychedelia, the Beloved found its greatest success as a rave-influenced dance-pop duo. Throughout its fluid existence, the guiding force behind the group remained vocalist Jon Marsh, who formed the band Journey Through inCambridge, UK with Steve Waddington and Tim Havard; with the addition of Guy Gausden (November 1984), the group renamed itself the Beloved, and gradually evolved into a moody dance outfit not dissimilar to New Order.

In 1986, The Beloved issued their first single, "A Hundred Words" a series of releases (including the EP Happy Now, the double A-sided single "Surprise Me"/"Forever Dancing" and the 1987 compliation Where It Is) followed, but none garnered any significant critical or commercial success. Consequently, Gousden and Havard exited in 1987, at much the same time Marsh and Waddington were falling under the sway of London's burgeoning rave community. After first re-emerging with the ambient-styled single "The Sun Rising" the Beloved then scored an international hit with "Hello" a bubbling techno exercise which name-checked many of the group's influences.

In 1990, the duo issued a pair of albums, Happiness and Blissed Out (a remix of it's sister release) which achieved significant success both in and out of clubs. A long layoff followed, however, and when The Beloved returned in 1993 with Conscience, Waddington had been ousted in favor of Marsh's wife Helena, resulting in a more pop-oriented flavour. After another three-year absence, they released X, a foray back into club culture. In 1997 they released Single File, a compilation album and a bunch of new remixes of The Sun Rising.

Jon Marsh has for some ten years been concentrating on his flourishing career as a club DJ, as well as the raising of his young family. However, a new collaboration with Steve Waddington is in the works, and while the Beloved's plans for a new album release in 2006 never came to fruition, it is apparently still in the works.

(Not to be confused with North Carolina, USA band Beloved. If you are here due to that artist, Fix your artist tags to remove "The".)

You've Got Me Thinking (EP)