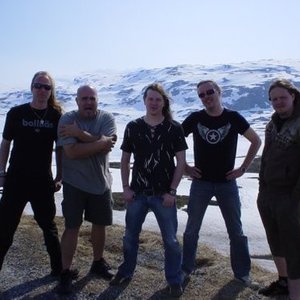 Tad Morose is a Swedish heavy metal / power metal band formed in 1991 and led by guitarist Christer 'Krunt' Andersson. Their full-length debut was Leaving the Past Behind (1993), a minor hit that established the band within the continental Europe-heavy metal community. Sender of Thoughts (1994) was even more popular within the metal community. Their latest and most successful album to date is 2003's Modus Vivendi. Though the group has never caught on in America, they have a larger and growing European base.

In late 2005, Tad Morose surprisingly parted way with singer Urban Breed (who joined another band band called Bloodbound for some time). This delayed the recordings for their next album, which were set to begin in early 2006, because first a new singer had to be found. On March 9th 2006, Tad Morose could announce their new frontman - none less than American Metal legionnaire Joe Comeau, formerly of Liege Lord, Overkill and Annihilator. The band is working/recording a new album during 2006 with a possible release in 2007 sometime.

matters of the dark

Leaving The Past Behind