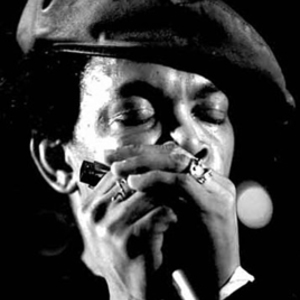 James Whiting, a.k.a. Sugar Blue is a harp player of the Baby Boom generation. Born in New York City in 1950, he got started on harmonica in his teens. By the time he was twenty he had recording credits with Brownie McGhee, Victoria Spivey, and Roosevelt Sykes. Whiting moved to Paris in 1976, and was playing at a party there when he met someone who claimed to know Mick Jagger, and that Whiting should give Jagger a call at his Paris residence. Skeptical, he tried the number, it panned out, and the result was a guest solo on Miss You from the Some Girls album.

He also recorded with the Stones on the Emotional Rescue and Tattoo You albums, and appeared with them on the Steel Wheels tour.

Back in America, he recorded with Willie Dixon's All Stars, and was awarded a Grammy in 1986 for his "Another Man Done Gone." Sugar Blue has since recorded on the Alligator label and is a regular performer in the Chicago area.

From Paris To Chicago