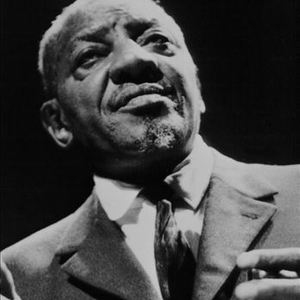 Aleck "Rice" Miller (December 5, 1899 ? May 25, 1965), also known as Sonny Boy Williamson II, was an American blues harmonica player, singer and songwriter. He is not to be confused with the original Sonny Boy Williamson, also a blues musician but of no relation. Although John Lee Williamson was a major blues star who had already released dozens of successful and widely influential records under the name Sonny Boy Williamson from 1937 onward...

Although John Lee Williamson was a major blues star who had already released dozens of successful and widely influential records under the name Sonny Boy Williamson from 1937 onward, Aleck Miller would later claim to have been the first to use the name, and some blues scholars believe that Miller's assertion he was born in 1899 was a ruse to convince audiences he was old enough to have used the name before John Lee Williamson, who was born in 1914. Whatever the methodology, Miller became known as Sonny Boy Williamson.

Williamson had begun developing a following in Chicago beginning in 1953, when he appeared there as a member of Elmore James's band. In the 1960's he toured Europe during the height of the British blues craze, recording with The Yardbirds and The Animals. Accoring to the Led Zeppelin biography "Hammer of the Gods", while in England Sonny Boy set his hotel room on fire while trying to cook a rabbit in a coffee percolator.

Some of his hit songs include "Fattenin' Frogs for Snakes", "Don't Start Me To Talking" ,"Keep It To Yourself", "Your Funeral & My Trial", "Bye Bye Bird", "Nine Below Zero", "Help Me", and the infamous "Little Village", with dialogue deemed 'unsuitable for airplay' by Leonard Chess. His song "Eyesight To the Blind" was performed by The Who as a key song in their rock opera Tommy (the only song in that opus not written by a band member) and it was later covered on the Aerosmith album Honkin' on Bobo. His recording og "One Way Out" was reworked from the Elmore James original and became popularized by The Allman Brothers Band in the early 1970s.

Sonny Boy Williamson II has had a big influence on modern day blues and blues rock artists and other legendary artists, as is shown by the number of his songs that are still covered. In interviews given in the concert documentary film The Last Waltz, members of the rock & roll group The Band recount jamming with Miller prior to their initial fame as Bob Dylan's electric backing band, and making plans to hook up with Williamson as his backing band. Unfortunately, Williamson's death prevented any such plans from ever being fulfilled.