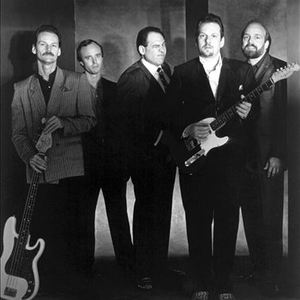 Legendary blues guitarist Ronnie Earl was born Ronald Horvath, in Queens, New York, on March 10, 1953. He didn't pick up his first guitar until twenty years later, beginning a musical journey that took him to the sides of some of the most respected and talented blues musicians in the world. Inspired by Muddy Waters, T-Bone Walker, B.B. King, Freddie King, Otis Rush, Big Walter Horton and The Fabulous Thunderbirds, Ronnie quickly developed his six-string skills, playing with an intensity that hasn't cooled in more than 35 years of playing.

Earl, who has been hailed by musicians and critics alike as one of the premier blues guitarists of his genre, has played with such greats as Carlos Santana, Eric Clapton, Earl King, Stevie Ray Vaughan, and The Allman Brothers as well as several of the musicians that inspired him early on.

From 1979 to 1988, Earl played with a number of groups including Roomful of Blues before forming his own band, The Broadcasters, named after the first Fender Telecaster guitar called the Broadcaster which was distributed in 1950. In 2008 the Broadcasters celebrated twenty years as a band. The current Broadcasters are: Dave Limina on the Hammond B3 and piano, Lorne Entress on drums, and Jim Mouradian on bass. They have played together for eleven years and are currently enjoying playing for inspired audiences at a series of sold out shows.

Beyond The Blue Door

Living In The Light