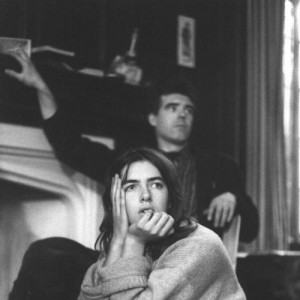 Anne Patricia Briggs (born 1944), known as Anne Briggs, is an English folk singer. Although she travelled widely, in the 1960s and early 1970s, appearing at folk clubs and venues in England and Ireland, she never aspired to commercial success or to achieve widespread public acknowledgement of her music. However, she was a highly influential figure in the English folk music revival, being a source of songs and musical inspiration for others such as A.L. Lloyd, Bert Jansch, The Watersons, June Tabor, Sandy Denny and Maddy Prior.

[Comment: Jansch was her contemporary. Lloyd, a pioneer of modern folk music and a patron of hers, was a source for many of Anne's songs. It's not quite right to call her an English folksinger. She grow up in Nottingham, it's true, but she was an orphan and reckoned at least part of her stock was Irish. She was on her own well before she was 20, and later on travelled with a tinker band in Ireland for several years in the 70's. Her voice was pure and true and remarkably supple. Perhaps her greatest contribution was to sing the songs of womens' experience, and this became a a great inspiration for the next generations. She sang from the heart of the tradition, she loved dogs and hunting and their songs, and she had a knack for setting the original heart of each song free.]

Early in 1973 she recorded a third solo album "Sing a Song For You" with instrumental support from "Ragged Robin", who were a folk-rock band assembled around Steve Ashley. She was pregnant at the time with her second child. Her confidence was at its lowest ebb and it was to be her final studio recording. By the time it was issued, Briggs was living in the Hebrides. The album sank without trace until Fledgling Records re-issued it in 1996, when it was acclaimed by folk music aficionados as a lost gem.

She became a market gardener and avoided all contact with the music scene. When Bert Lloyd died in 1990 she was persuaded to sing in a memorial concert. Despite coaxing from some of the brightest names in British folk music, she refuses to return to the studio.

An Introduction To Anne Briggs

The Time Has Come

Sing a Song For You