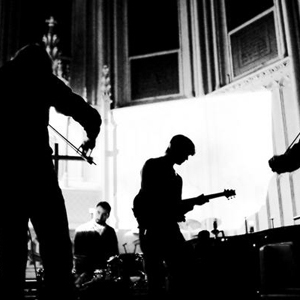 Composer, violinist, software designer and Slow Six founder Christopher Tignor programs custom audio applications that work to re-contextualize "computer music" as a live, performative experience. The group makes extensive use of digital signal processing by routing the sounds of their instruments into a laptop where the signals are transfigured into its own voice and rhetoric. Used live, this process transforms the computer from its limited role as mere playback device or sound effect generator into a full-fledged member of the ensemble.

Since its founding in 2000 in Brooklyn, New York, United States, Slow Six has performed in numerous venues in New York City. The group has received honors and support from organizations including the American Music Center, The Society for New Music and Meet the Composer.

Slow Six's debut CD, Private Times In Public Places, was chosen by Time Out New York magazine as one of the top 10 classical albums of 2004 and has received airplay on WFMU, WNYC's New Sounds, London-based The Chiller Cabinet, WXPN's Star's End and the nationally syndicated public radio programs Weekend America and Echoes. The album's three lengthy compositions conjure a slow, dreamy sound that reaches for a new melodic style of ethereal minimalism, but with a unique tension between structure and sentiment.

For their performance at The Gatherings Concert Series, Slow Six will include: Rob Collins (keyboard, percussion), Ben Lively (violin), David Berger (drums), Christopher Tignor (violin, software) and Stephen Griesgraber (electric guitar). An integral part of the ensemble's performance will be its collaboration with their visual artist and the dynamic imagery designed specifically for each piece and projected throughout the performance space.