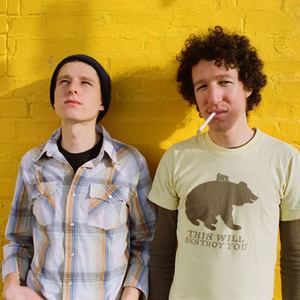 Lymbyc Systym, formed in 2001, is an American instrumental band from Tempe, Arizona consisting of brothers Jared Bell and Michael Bell. Their sound combines elements of instrumental rock and electronic music. Lymbyc Systym have toured with Broken Social Scene, Crystal Castles, The Album Leaf, Her Space Holiday, The Books and This Will Destroy You. The duo currently lives in Brooklyn, NY and is signed to Mush Records and Magic Bullet in the US and & Records in Japan.