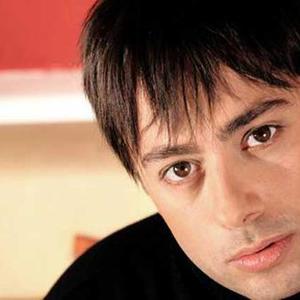 Born in Tel Aviv (Israel), Sagi Reitan, aka Sagi Rei, perfectly reflects the nature of the Israeli people. To one side he get on to his cultural and religious heritage, to other side he wants to explore and undertake new experiences. After having spent his youth in his native country, Sagi decides that the ?Diaspora? time has come for him too, so he starts travelling around the European capitals, where he has the chance to face new social and cultural backgrounds. In the meanwhile he keeps on improving his musical abilities, that he heritages from his mother, a well known musician in Tel Aviv.

Enchanted by the enthusiasm he meets in the cosmopolitan European scene, Sagi enriches his cultural training, combining his oriental spirituality with the western night-life excitement. Keeping on his studies of classical guitar Sagi starts to attend the night scene in the different European cities and he's enchanted by some dance oriented productions that will mark these years for all his life.
In the middle of 90's Sagi arrives in Milan where he joins a Gospel group and he starts touring with it all around Italy. In the meantime he starts his first steps as lead singer, and this is the way his adventure starts, an adventure which will bring him to perform soon in the most important clubs in the North of Italy.
During a performance in one of this clubs Sagi is noticed by an internationally known producer Cristian Piccinelli who wants his voice for some of his productions and brings him to the magic world of Dance introducing Sagi to producers like Mario Fargetta (for which he interprets ?People On The Beat?), Diego Abaribi and Mauro Marcolin (owners of the label ?Melodica?).
But it's cause of the meeting with them and Max Moroldo (Do It Yourself) that borns the idea of an alternative and innovative project that could mixes the 2 worlds which are the core of Sagi's artistic training: Dance and Pop.
His superb and versatile voice and his private temperament give born to a perfect union with the acoustic instruments (through which the must classic guitar) so loved (and played) by the talented israeli Artist.
In 2006 was released his first album ?Emotional Songs? and the tracks included in it are: "Your loving arms" (Billie Ray Martin), "All around the world" (Lisa Stansfield), "Freed from desire" (Gala), "Right in the night" (Jam & Spoon), "Rhythm is a dancer" (Snap), "L'amour toujours" (Gigi D'Agostino), "Show me love" (Robin S), "Crazy man" (Blast), "Free" (Ultra Nat?), "Gypsy rhythm" (Raul Orellana), "What is love" (Haddaway), "Wrap me up" (Alex Party).
?Emotional Songs? obtains an incredible success, indeed Sagi Rei is played by the most important italian network, also with live concert (everytime with his ?six strings girlfriend?: his guitar!). The passage from radio to television is short (he is guest in the most important TV-shows as CD:Live), then he's ready to win the heart of listeners around Europe. After some tournee, among which the Miller Tour, Sagi dedicates his-self to promote his album all round the world: Emotional Songs will be released in more then 15 country among which USA, Canada, Germany and Spain, where he's considered a real star.
In 2006 the good results of sell with the abum ?Emotional Songs? lead up to a special award gave to Sagi for more then 50.000 of records sold all over the world.
By now is elapsed an year from the debut of Sagi? the time to repeat is coming!
The basic idea is the same: to give a new dress to dance music's hit, but this time, the 2 producer Max Moroldo (DIY) and Diego Abaribi (Melodica) exaggerated! Not only dance, but also house music? not only voice and guitar, but real songs re-arranged with piano, strings, percussion and drum?