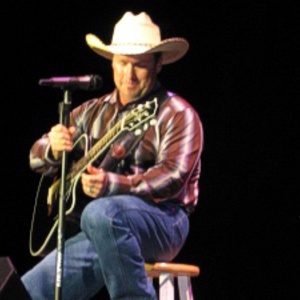 Rodney Carrington (October 19, 1968 in Longview, Texas) is an American stand-up comic and comic country musician. He was the star of the ABC television sitcom Rodney. Rodney is best known for his acoustic song called "A Letter to My Penis" (sometimes called "Dear, Penis"). Rodney Carrington is a frequent guest on the Bob and Tom show. Some may know him for his song featured on the Bob & Tom show called "Titties and Beer", and "That Awful Day". His numerous albums and stand up performances are often formatted for adult content.

Rodney has starred on his own sitcom show called "Rodney". The sitcom is based in America and is based on himself and his surrounding family and friends. He often gets into trouble with his good friend Barry. This show ended in May 2006. The show was a departure from his normal adult-oriented style that disappointed many fans.
His comedy albums, Hangin' With Rodney, Morning Wood, Nut Sack, and a Greatest Hits CD have all sold hundreds of thousands of copies. Even though Rodney had a television series, he still tours, selling out comedy clubs and performance halls across the country. He currently lives in Tulsa, Oklahoma with his wife and three sons.
Rodney released his 7th album King of the Mountains, on April 3, 2007
Rodney's first Comedy Central special aired on April 14, 2007.

King Of The Mountains