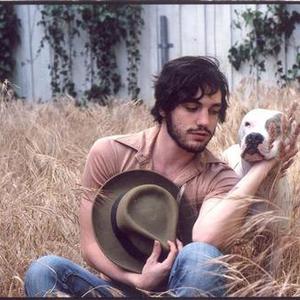 Born in Los Angeles in 1987, Robert Francis grew up surrounded by music. His father is a classical music producer and eccentric owner of one of the largest collections of sheet music in the U.S. One of Francis' earliest memories is his father "blasting music at full volume in his cluttered office under fluorescent lights until 4 a.m. while I was trying to sleep in the room next door." His mother, one of nine sisters, grew up in Mexico in a town so small that "it's just dirt, clay huts, boarded-up buildings...

By the time he reached eleventh grade, he decided school was not for him and left. He spent a little over a year living dangerously and upsetting all those close to him until he met a girl who would then change his life. "It was a really tumultuous romantic relationship that lasted on and off for a few years," he says. "Then it just sort of fizzled out. I started writing songs the first time I figured out how to pinpoint that feeling of loss. I guess I was just waiting to make music until I had something to say. From then on, I realized I could write songs that really meant something to me."

The result was One By One, which Francis recorded at a friend's recording studio and released in August 2007 on Aeronaut Records. It didn't sell much, but it earned positive reviews from critics who compared Francis to a young Townes Van Zandt. The attention led to a record deal with Atlantic Records, which is releasing Before Nightfall.

Written over the summer of 2008 and recorded in March 2009, Before Nightfall is a snapshot of where Francis is now. "When people listen to the album, I want them to feel happy," he says. "I feel uplifted when I hear these songs; they don't bring me down. I hope people will be able to relate to them and feel as though whatever is going on in their lives is going to be okay."

!! There is other Robert Francis, author of cd: The Sitting Bull Suite

Strangers In The First Place