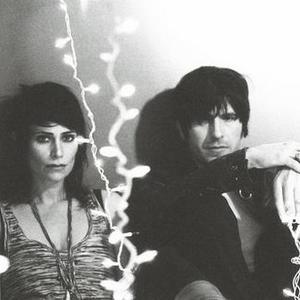 Great Northern is an indie rock group from Los Angeles comprising vocalist/guitarist Solon Bixler (formerly of 30 Seconds to Mars), vocalist/keyboardist Rachel Stolte, bassist Michael Regilio, keyboardist Marissa Micik and drummer Dusty Rocherolle. As of 2007, they are signed with the independent label Eenie Meenie Records, where they have released their debut album, Trading Twilight For Daylight (2007), and their sophomore album, Remind Me Where the Light Is (2009).

"It's like being intimate with total strangers." That is how Rachel Stolte of Great Northern describes the feeling of performing live and creating a connection with her audience. The sentiment could be duly applied to the band's latest release, Remind Me Where the Light Is, on which Stolte and co-writer Solon Bixler pour so much of themselves into their highly personal lyrics and wistful melodies.

On their sophomore album, Bixler and Stolte are not afraid to delve into darkness. Taking that risk helped them find beauty in sadness, the uplifting elements in the devastating. "We took a lot more risks by entering uncomfortable territory that wasn't touched on the last record," Bixler says. "We dug deeper into the unpleasant, which helped us to find the beauty."

Experiencing the negative to find the positive is something Bixler and Stolte are familiar with. "Both of us had been heading in unfulfilling directions creatively," Bixler says of their situations prior to coming together. ?When we started Great Northern, we finally felt like we were starting something that truly expressed what was in our hearts and minds."

Their first release, Trading Twilight for Daylight (2007), embodied surprisingly catchy hooks, lush keys and breathy vocals. The album made multiple Top 10 lists in magazines (Filter, Under the Radar) and on radio (Nic Harcourt, KCRW in LA; Aaron Axelson of Live 105 in San Francisco). The praise didn't stop there as NME gave it a ?Must Download Now? rating and iTunes dubbed the band ?the next big thing.? FM Radio giants like KROQ and cutting edge stations like and Indie 103 added the band to their regular playlists.

Their sophomore release, Remind Me Where the Light Is is the work of a more seasoned group, one that has been on the road for months, missed home, seen the world, and returned not entirely prepared to sit still.

"When we started writing songs for [this album]," Stolte says, "we had just come off a year and a half of touring and didn't really know what was next. So we bought some recording equipment, set up a studio in our house [in LA], and just started writing. Almost immediately it was like the emotional flood gates opened. We would listen to stuff and be like 'Wow! So that's how we've been feeling about that.

"It became very clear to both of us that we were going to do things a little differently this time, and in many ways we were outgrowing something. An old part of ourselves had died."

That passing is shown literally (the use of piano is drastically reduced on Remind Me Where the Light Is) as well as lyrically and melodically, where melancholy becomes determination, and atmospherics are replaced with driving rhythms.

"Story," for example, which started as a much slower piano demo, became a guitar-driven up-tempo rock song with no piano, thanks to the advice of production team Michael Patterson (Black Rebel Motorcycle Club, Beck, P-Diddy, Ladytron) and Nic Jodoin. The song opens with a lively, driving beat, and Rachel's simultaneously unapologetic and forceful vocals slinging near-vicious lines such as "Tell me your secrets / tell me your story / how 'bout one you can't hide behind." Bixler joins for call-and-response with his hushed vocals pleading "what do you want? What do you see?," and Stolte responding "I should have left it all alone."

On "Houses," the aggressive, thrashing drumbeat gives the melody a visceral quality; the darker side of things is something Stolte says is symbolic to the story of the record. "It's a song about walking through life and choosing to see the truth no matter how painful," Stolte says, "rather than staying in the same place or hiding from it." With over fuzzed and speeding electric guitar, Rachel takes the lead with her warm and commanding vocals, slinging captivating lyrics like "up ahead I see it / I can't find it but I feel alive" and "All this time when I talk it's not real."

"With our music, we try to paint pictures to go along with the words that tell the story," Bixler says, and "Driveway" exemplifies that desire, as the lyrics create a vivid image of one desperate to be the object of another's affection. It's a more melancholy offering, with muted, poignant keys and Bixler's pleading vocals. "Remember when you wake up / don't forget to turn out the light / 'cause I'm looking out my window for you every night," he sings as a lone piano builds to a fuller mournful melody with nostalgic, almost theatrical strings.

"We are content to be learning as we go," Bixler says, "trying to overcome the fear of changing ourselves, constantly redefining ourselves as artists, and never creating the same thing twice. We hope the people who hear our music will relate to this next chapter or our lives."

Given the ease with which Bixler and Stolte foster an immediate intimacy with their audience, listeners new and old are certain to not only relate but to join in on the journey from the darkness, back to the light.

Releases:
-Remind Me Where The Light Is is now on iTunes! see it here!
-Gooseberries Book out now!

Remind Me Where The Light Is