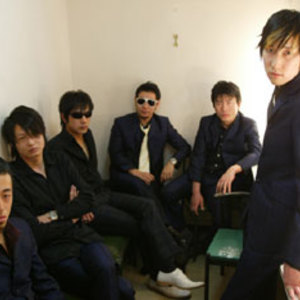 POTSHOT was formed in 1995 by vocalist and songwriter Ryoji Ariga. The band aims to play melodious, and sing-along ska punk with horns. They released their debut album POTS AND SHOTS in 1997 in both Japan and the U.S. on Asian Man Records, owned by Mike Park (The Chinkees, ex Skankin' Pickle). Ryoji started his own label TV-FREAK RECORDS. Their sophomore album Rock 'n' Roll was released in 1998 and their 3rd album POTSHOT 'Til I Die in 1999 ( the Asian Man Records version was released in October 2000).

In March 2000 POTSHOT participated in the Plea for Peace Tour in Japan with The Chinkees and MU330. Promoting the ideas of peace through the power of music, the tour was a big success. Afterward POTSHOT had their first mini tour in the U.S.

There is also another Potshot. Video game music remixer Sam Allen, who uses this alias for the OverClocked ReMix community.

Dance To The Potshot Record