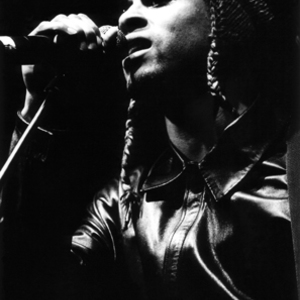 Patrice Bart-Williams (born July 9, 1979 in Kerpen to a German mother and the Sierra Leonean writer-activist Gaston Bart-Williams), better known as Patrice, is an Afro-German reggae artist. He also often uses his second name: Babatunde (Yoruba: return of the father), which his parents gave him since Patrice was born on the same day that his grandfather died. His music is influenced by Jimi Hendrix and Bob Marley.

Effortlessly combining folk, reggae, soul and blues, the singer/songwriter/guitarist , Patrice, exploded onto the music scene with his phenomenal testimonial debut Lions E.P in 1999 aged just 18. With the deep lyrical content and social conscience resonating within his work, Patrice alludes to his late father (a Sierra Leonian political activist and poet) and Bob Marley as the greatest influences on his music. Lions, with its tales of love and social rhetoric coupled with raw acoustic production, perfectly showcased Patrices distinctive fusion of lyrics, sounds and genres. After supporting Lauryn Hill on her much acclaimed Miseducation of Tour, Patrice released his critically acclaimed first album Ancient Spirits in 2000 (European sales in excess of 150,000)

Since 2001, Patrice has toured relentlessly and wooed audiences at gigs across Europe, USA and Africa. Whether solo, acoustic or with his band Shashamani, a big combination of humour, B-boy stage antics, and incredible musicianship have thus far made Patrices live shows a highlight of his career. Five years on, his reputation has been cemented with show stopping headline performances alongside Youssouf N'Dour in Senegal, Manu Chao and Damon Albarn at The Festival In The Desert and the Tamika Reggae Awards in New York amongst many others.

His second largely self produced album How Do You Call It (released in Europe September 2002) saw Patrice evolving his sound with a rich melange of Hip Hop, Soul and Reggae which underpinned twelve well crafted songs. Recorded over a two-month period in Jamaica and with 3 tracks produced in London with Cameron McVey, Massive Attack, Youssouf N'Dour, Andu Baraganescu and Neneh Cherry, How Do You Call It further cemented his unique niche in todays diverse musical landscape. The LP also spawned the Pan European hit Sunshine.

Nile, Patrice's third and most current album (named after the river Nile, representing Life in the African continent) is truly a bold undertaking and can be described as a work of astounding maturity, sincerity and sensitivity. Whether rocking to the amped guitar, explosive drums and African percussion behind Africanize Dem or soaking up the beautiful rendition of the obscure Wailers track It Hurts To Be Alone it's clear that experimentation has lent his work an undeniable urgency and freshness. The present single Soulstorm has provided Patrice with another European hit. The majority of 2005 was spent performing to sell out audiences throughout Europe which included his first headlined show for all the UK fans at The Borderline, in London, and perhaps the pinnacle of his career so far, playing in front of the 6,000 fans who filled out the Zenith in Paris. In the summer of 2006 Patrice released a live DVD which gives the audience an exclusive look at how Nile was recorded, rehearsed and performed throughout the world.

The Rising Of The Son

How Do You Call It?

What You Won't Do For Love (single)