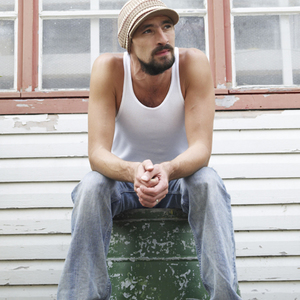 Gentleman (? as Tilmann Otto 1975 in Osnabr?ck, Germany) is a reggae musican. Gentleman resides in Cologne, but sometimes names Jamaica as his home away from home. He became hooked on his brother's reggae records and thus wanted to get to know Jamaica first-hand. He has been traveling to Jamaica regularly since he was 16, and the island has become a second home for him. Gentleman is also regarded as a popular reggae artist in Jamaica as well, which he regards as an honor, being a European.

In 1999, Gentleman released his first album Trodin on and in 2002, his 2nd longplayer Journey to Jah. His album Confidence climbed to number 1 on the German album charts in 2004.
2007: Another Intensity

His career began with the collaboration of the band Freundekreis which produced the song ?Tabula Rasa.? After beginning his career as dancehall deejay , his music oriented to the classic form of the reggae, as it was between 1970 and 1985, with artists as Bob Marley, Max Romeo, Jacob Miller, Junior Murvin, Devon Irons, Burning Spear and Black Uhuru. He sings mainly in Jamaica Patois English. With songs like ?Send A Prayer? Gentleman expresses his deep belief in God from an universal religious persepctive. His album Confidence climbed to number 1 on the German album charts in 2004.
- - - - - - - - - -
Gentleman is also an Indie(ish) band from Maryland. Members of the summer we went west, Dawn Treader, Monument, etc.