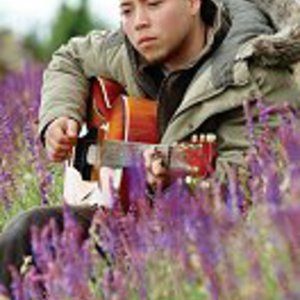 Martin Jondo, half German (father) and half Korean (mother), was born 1979 in Berlin. In the mid 90's Martin got in contact with the belief of Rastafar thereon he adapted the cult of reggae singing as well. Now with his new belief he was seeking his past through the nature, with guitar in his case and his new religion he created his first songs. The Rebel - (*Wake up* from the album- Statements outa Babylon?), feature-tracks (?Bloodhunter? feat. Mellow Mark from his album ?Sturm?, ?Rainy Days? with Gentleman, ?Wunderlampe? (Wonderlamp) with Silly Walks Movement) are some of his first tracks.

Although Martin Jondo seems like someone who just came out of the blue, but before his brakethough with his song Rainbow Warrior - he did a lot of background music with a lot of people. Due to his short present on these songs, people couldn't really get a hold of who it was. But he as been working for a long time wiht a lot of well known artist.

He was also two year on tour with Gentelman. So the short chubby guy you might have seen on Gentelmans tour videos on stage -. jup that's Jondo alright.

Believe it or not, but it wasn't before his tour with Gentelman on the year 2002 that he was accepted as a professional artist. Before that Jondo, this charismatic person, had been a bit shy guy and didn't take the shot he deserved. But on his own tour " Journey To Jah" Jondo totaly let lose and showed the world his true self. And with the song "Rainbow Warrior" he killed the crowed with passion and made them his for all eternity.

He was signed to do the music for the movie Golden days by the producer Peter Thorwarths.