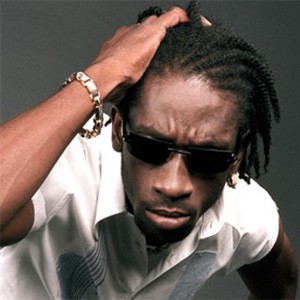 Known as the Warlord, the Ghetto Gladiator, the Poor Peoples' Governor, and the Five Star General, Bounty Killer is one of dancehall reggae's most enduring artists and influences throughout the industry, known for his intricate, war-like lyrics, sound system dubplates, and stable of artists which has changed over the years but never lessened in popularity. Bounty Killer, aka Rodney Basil Price, was born 12.06.

Bounty Killer, aka Rodney Basil Price, was born 12.06.1972 in the Trenchtown area of downtown Kingston, Jamaica, with his family moving to a next ghetto area of Riverton City (formerly known as Dungle), and finally Seaview Gardens, Kingston, as a young child. One of nine children to his mother "Miss Ivy" and father, owner of a small sound system, Rodney first picked up the mic as a deejay at nine years old.
He nearly lost his life to gun violence at 14, but thankfully fully recovered from the bystander assault and soon began his music career as Bounty Hunter. He joined neighborhood friends Nitty Kutchie and Boom Dandemite in seeking out opportunities in country as well as town, performing for Metromedia and Bodyguard, as well as other local area sound systems. It was during a chance meeting with brother of King Jammy, Uncle T, which would change his career forever.

Bounty's initial recordings were done by Uncle T, after Jammy himself was skeptical due to the violent nature of the tracks. Jammy eventually relented upon witnessing the rising popularity of the deejay.
His first hit record on the sound system circuit was Dub Fi Dub and other recordings with the King Jammys label were compiled into 1993's Jamaica's Most Wanted, later released as Roots, Reality and Culture. By 1993, now known internationally as Bounty Killer, Rodney was quickly becoming regarded as one of the fiercest and most lyrically gifted of the next generation of deejays. Hits such as Coppershot, Lodge, and Spy Fi Die quickly propelled Bounty to an upper-echelon deejay, and sound system dubplate favorite. "Coppershot" was actually a hit in New York before Jamaica, which left Bounty as personally indebted to the American city as much as his native Kingston. 1993 also brought the beginning of a long, on-and-off rivalry with Beenie Man, which culminated in a battle at Sting 1993, extended through the mid-90s and flared up again in the latter half of the following decade.

Bounty won the war at Sting 1993 and his legacy as dancehall superstar was cemented as a result. The mid-1990s brought hit after hit, such as Cellular Phone, Not Another Word, and Mama. The heated war-of-words with Beenie Man gave the world many popular tunes from each side, including Ask Fi War, Suspense, and War Beyond the Stars.

The mid-90s era culminated in the release of My Xperience in 1996. The most comercially successful album of Bounty's career, and widely considered one of the best dancehall albums of the decade, it mixed popular dancehall tracks, such as Living Dangerously featuring Barrington Levy and Fed Up, with hip-hop crossover duets featuring Jeru The Damaja, Raekwon and, most popularly, The Fugees.
The decade closed out with two more albums, Next Millenium, which featued more hip-hop guest combinations, and 5th Element, which returned to a more hardcore-dancehall style.

By the year 2000, Bounty Killer, along with Capleton, was still considered the top deejay in the business, particularly with the waning popularity (at the time) of Beenie Man, and refocused career path of Buju Banton. This was due as much to being the most in-demand artist for dubplate recordings by sound systems as to actual studio material.
In 2001, he was featured with No Doubt on their international hit Hey Baby, and appeared with the band for a pre-game performance at the 2002 NFL Super Bowl.
In 2002, Bounty released his most ambitious project since My Xperience, a double CD (released seperately), titled Ghetto Dictionary: The Mystery and Ghetto Dictionary: The Art Of War. While not nearly the commercial success of My Xperience, underground sales were strong, and it featured the smash dancehall hit Sufferah.

Since the Ghetto Dictionary project, Bounty Killer's influence has mostly been behind-the-scenes, working with young talent and bringing new dancehall reggae stars to the forefront. He has been credited with bolstering the careers of, among others, Elephant Man, Busy Signal, Wayne Marshall, Baby Cham, and Vybz Kartel.
He currently oversees a stable of artists known alternately as The Alliance and Gully, which includes Mavado and Aidonia.

The Best Of The Best (Mixed By DJ XMAN)

Ghetto Dictionary: The Art Of War