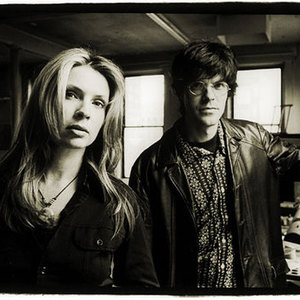 Over the Rhine is an American, Ohio-based band, the core of which is the husband-and-wife team of pianist/guitarist/bassist Linford Detweiler and vocalist/guitarist Karin Bergquist. The band originally began as a quartet with guitarist Ric Hordinski and drummer Brian Kelley. Hordinski left the band in December 1996, and Kelley continued to play into 1997 before departing. The original foursome has reunited a couple of times recently; first in December of 2008 at The Taft Theatre (in Cincinnati) to celebrate the 20th Anniversary of the formation of the band and more recently...

The band's namesake and place of origin is the Cincinnati, Ohio neighborhood Over-the-Rhine. Karin attended school in Barnesville, Ohio and graduated from Barnesville High School in 1984. She then went to Malone College, located in Canton, Ohio, where she met Linford. Karin and Linford were married in the fall of 1996 in Cincinnati and several years ago relocated to a pre-civil war farm outside of town.

Over the Rhine is now primarily Bergquist (vocals, acoustic guitar, piano) and Detweiler (keyboards, electric bass, vocals) accompanied by complementary musicians on albums and tours. Over the years, they have toured and recorded in many variations. They have shared the stage with a number of fine musicians, including Bob Dylan, John Prine, Adrian Belew, Squeeze, Ani DiFranco, My Morning Jacket, Hem, and toured as "adjunct" members of Cowboy Junkies.

Over the Rhine's new album, _The Long Surrender_ was released nationally on 1/1/11. It recorded on California with Grammy winning producer, Joe Henry and contains a duet with Lucinda Williams on "Undamned" and two songs co-written with Joe Henry.

Blood Oranges In The Snow

Meet Me At The Edge Of The World CD2

Meet Me At The Edge Of The World CD1