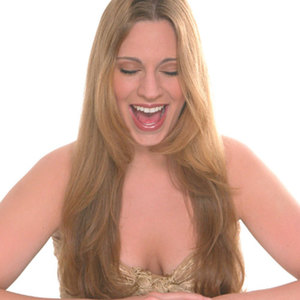 Tori Sparks is based in Barcelona, Spain, having recently relocated from Nashville ? but she spends most of her time on the road all over the world. She has already released four critically-acclaimed albums under the auspices of her own record label (Glass Mountain Records). She speaks and sings in English, French and Spanish, and plays over 200 concerts each year. Tori Sparks' new release, Until Morning/Come out of the Dark, marks her third musical collaboration with producer David Henry (R.E.

Until Morning/Come out of the Dark is not a traditional album, but a double EP contained within one package - a study in dichotomy. The first disc, Until Morning, reflects the dark, sensual, even diabolical side of Tori's vocal and songwriting skill. The second disc, Come Out of the Dark, is tumbleweed Americana meets fragile folk, or the dawn that follows the darkness ? in a word, the hope that love can bring. This record also marks the first Spanish-language song that Tori has recorded, a classic Cuban tune from the 1940s called ?Quiz?s, Quiz?s, Quiz?s.? The album art is a design by noted New York visual artist Joe Petruccio, best known for his work with the Elvis Presley Estate and Graceland in Memphis.

As always, Tori's lyrics are the thread of continuity that runs through this artistically ambitious project. In the heart-stopping ballad ?Until Morning,? her voice soars on the line, ?I love you the way the tide loves the sand, just like the gun loves the trigger-happy hand.? Never one to shy away from heavy topics, Tori's irreverent side is also present, in lines such as ?I could have been your compass, if you'd learn to read a map? -- and in referencing biological facts about sharks -- in the song ?Judge a Book.? Sparks casually comments in ?On My Mind? that she and a lover were made for each other? in the same way that a pair of mafia-style ?cement shoes? are custom-made for their victim. The tone of both halves of this project is distinctly personal in a way that surpasses even the intimacy of Tori's previous three records. We as listeners get the sense that she is letting us in on a very private conversation, especially on the minor epic ?Come Out of the Dark.?

Sparks' previous three albums (Rivers + Roads, Under This Yellow Sun, The Scorpion in the Story) climbed the Americana and College charts in the US and overseas, have been licensed by MTV, Lifetime, Oxygen, the Travel Channel, SciFi, Life Beyond Breast Cancer, and featured on the compilation Country Vol. 2 released by Universal Music France (over 40,000 copies sold). Scorpion was featured prominently in the book Mobile Web Design for Dummies (Janine Warner/David LaFontaine), and was listed in various ?Best-Of? lists for 2010 in the US, the UK, Germany, Sweden, more.

Tori has been interviewed and featured by television and radio stations, magazine, newspapers, and blogs across the globe. Notables include The Los Angeles Times, NPR, the Village Voice, Starpolish, CMJ.com, Paste magazine, Radio 3 (RNE), Catalunya Radio, Rock In Spain, more. The All Music Guide gives her five stars, Americana UK calls her "an elemental force." She and her new Barcelona-based band performed on Spain's largest live music television, Los Conciertos de Radio 3, in 2011. Tori is known as a champion of the DIY business model, and the author of two courses for roaming music business education organization ProMusicU, and was an in-studio guest in on nationally-syndicated Music Business Radio hosted by David Hooper). Tori regularly speaks on similar topics at universities, performing arts schools, music conferences and festivals (SXSW, Folk Alliance, Woodsongs, Bele Chere, many others). She was a guest on a panel as well as a performer at South by Southwest (SXSW) 2011 on the topic of booking and touring, and at WOMEX World Music Expo in Thessaloniki, Greece, in October 2012.

The young performer-slash-entrepreneur is also known for actively trying to give back to the community through music. She is the creator of The Feed Your Soul Guitar Project, a tour and folk art auction benefiting Oxfam America. Tori has organized and/or performed at benefit concerts on behalf of the National Federation of the Blind, F.A.C.E., the March of Dimes, VH1's Save the Music, Rett Syndrome International, the One Campaign, Gilda's House, and many more. She donated the proceeds of her song ?Leaving Side of Love? to Paste's ?Songs for Haiti? initiative in 2010, and is a strong proponent of social justice and music education.

Tori will be touring non-stop throughout 2012 and 2013 in support of Until Morning/Come Out of the Dark.

Under This Yellow Sun