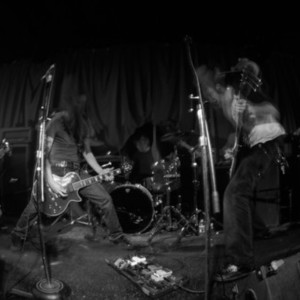 Old Man Gloom (In Full: The Old Man Gloom Alien Simian Defence League) is a sludge band, with many ambient and soundscape elements. They originally formed in 1999 in Santa Fe, New Mexico, United States, but are now based in Massachusetts. The group was formed by Aaron Turner and Santos Montano. By the release of their first album (Meditations in B), Old Man Gloom expanded to include two new members, creating the following and current lineup:

In 2001, a year after the release of Meditations in B, the band released two albums simultaneously: Seminar II: The Holy Rites of Primitivism Regressionism and Seminar III: Zozobra. For these records, Luke Scarola joined to use electronics. On Seminar II, Steven Brodsky of Cave In wrote the lyrics for one song, and Agnostic Blunt (aka Jay Randall of Agoraphobic Nosebleed) also contributed on electronics. On August 24, 2004, Christmas was released.

After an eight year silence, Old Man Gloom returned with their most recent album, No.

Seminar IX: Darkness Of Being

The Ape Of God CD2

The Ape Of God CD1