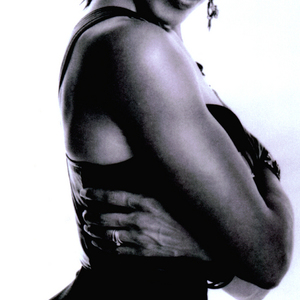 Nona Hendryx (born October 9, 1944 in Trenton, New Jersey) is an American vocalist, record producer, songwriter, musician, author, and actress. Many articles mistakenly give her first name as Wynona, which her manager, Vicki Wickham, has verified to be incorrect. Hendryx is known for her work as a solo artist as well as for being one-third of the trio Labelle, who had a hit with "Lady Marmalade." Her music has ranged from soul, funk, dance, and rhythm and blues to hard rock, art rock, and World Music.

N O N A H E N D R Y X: from Patti LaBelle & The Bluebelles (the sweethearts of The Apollo), inducted into The Rhythm & Blues Foundations' Hall of Fame in l999, to the ground breaking glam funk band of the 70s, Labelle (with Patti LaBelle and Sarah Dash) to a stunning solo career, Nona Hendryx has always been on the cutting edge of music. Her songs are edgy, provocative, political and full of double entendres and empowering messages which enabled the trio to break the traditional girl group mold. Their stage show was the forerunner of the epic productions we expect today and they were the only contemporary black group to take their ?Wear Something Silver' show to NY's prestigious Metropolitan Opera House and to major theatres and Opera Houses across the world. Labelle racked up three gold albums and a No. l world wide hit with ?Lady Marmalade (Voulez Vous Coucher Avec Moi Ce Soir?)? Her solo efforts have been equally challenging. From heavy metal (Nona 1977) to funk (Female Trouble) to New Age (SkinDiver) with top ten hits Bustin' Out, Keep It Confidential, Transformation, Why Should I Cry?, I Sweat (Goin' Thru the Motions) and Winds of Change, and fruitful collaborations with MATERIAL, ARTHUR BAKER, PRINCE, PETER GABRIEL, DAN HARTMAN and TALKING HEADS sandwiched in between. Over the past three years Nona has worked with many young rappers/poets/hip hop artists ranging from a cameo appearance in an India Irie video to a duet with Bounty Killer to production and co-writes for a new film. On the One, with Rahzel, Dead Prez's M1, and Res's producers Doc and Khaliyl. On the One, is the first motion picture directed by Charles Randolph-Wright, a frequent collaborator with Nona. It's the story of two brothers in the music business. A hip hop/gospel story set in Harlem. Nona scored the film and contributed fourteen new songs. Nona collaborated with Charles Randolph-Wright on the successful ?play with music' BLUE in 2000. A new play written by Charles and directed by Sheldon Epps which began at The Arena Stage in Washington, DC and then transferred to The Roundabout Theatre Group's New York Gramercy Theatre in June 2001 for a three month run where it broke Box Office records by selling out every performance. BLUE starred Phylicia Rashad (of the TV Cosby Show fame) and Michael McElroy as the title character Blue Williams. Nona composed eleven new songs and she and Charles co-wrote the lyrics. Last autumn BLUE premiered in Los Angeles and is currently on a cross-country road tour prior to going to Europe, and right now, and ongoing, the Randolph-Wright/Hendryx team are working on a multi-media cyber-rock musical based on Nona's SkinDiver CD for theatre. Charles and Nona have co-written the book, Nona has written additional music and Charles will direct.
HENDRYX is a Grammy Nominee for ?Rock This House?(featuring Keith Richards of The Rolling Stones on guitar) and an Emmy Nominee for her collaboration with Jason Miles on the composition ?Children of the World? recorded by Sounds of Blackness for ?People?, a Disney animated, children's special.

The Art Of Defense

Transformation - The Best Of Nona Hendryx

The Art Of Defense (Vinyl)