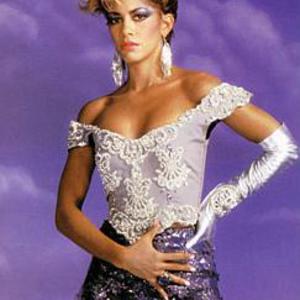 Sheila Escovedo is the daughter of percussionist Pete Escovedo, with whom she frequently performs. Sheila E's uncle is Alejandro Escovedo, formerly with Delphine Neid's first-wave punk rock group The Nuns, Rank and File and The True Believers, followed by a solo career. The late Tito Puente was Escovedo's godfather. She is also niece to Javier Escovedo, founder of seminal San Diego punk act, The Zeros. Another uncle, Mario Escovedo, fronted long-running indie rockers, The Dragons. Escovedo is of Mexican, African American, and Creole heritage. Coke Escovedo was also her uncle.

She made her recording debut with jazz bassist Alphonso Johnson, "Yesterday's Dream" (1976). She is a drummer and percussionist and also plays violin and guitar. She had also played with George Duke, Lionel Richie, Marvin Gaye, Herbie Hancock, and Diana Ross by the time she was in her early twenties.

Prince met Escovedo performing at a concert with her father in the early 1980s. After the show he met her and told her that he and his bassist "were just fighting about which one of us would be the first to be your husband" and prophetically vowed that one day she would join his band. The two would eventually join forces during the Purple Rain recording sessions. She provided vocals on the Prince Let's Go Crazy B-side single "Erotic City" in 1983/84. Though taken under Prince's wing, she proved to be a successful artist in her own right. In 1984 she scored hits with "The Glamorous Life" (Hot 100 #7, and regarded as something of an '80s classic), "The Belle Of St. Mark" (#34). She opened for the Purple Rain tour and there was a segment where she would have a man called up on stage and seated in a chair while she sang and teased him (similarly mirrored by Janet in her Velvet Rope Tour:Rope Burn.) Around the same time, the collaborating duo began a brief romantic relationship, while Prince was still seeing Susannah Melvoin, twin sister Revolution band member Wendy Melvoin.

In 1985 she released Romance 1600, she scored another hit with "A Love Bizarre" (#11). And Hollyrock a non track album made it's way to live shows and the film Krush Groove. Escovedo was nominated for American Music Awards and Grammys for "The Glamorous Life,". Sheila recorded three albums during the '80s, The Glamorous Life, Romance 1600, and Sheila E. She appeared in four films, Krush Groove with Run-DMC, LL Cool J and Blair Underwood in 1985, Prince's concert film, Sign 'O' the Times in 1987, The Adventures of Ford Fairlane and Chasing Papi in 2003.

During the Sign 'O' the Times Black album (material from the Black album was intended as Birthday party music for Sheila E.) and Lovesexy period of Prince's career, including the Lovesexy World Tour, Escovedo served as his drummer and musical director in his highly regarded backup band, dubbed the New Power Generation not long after her departure. During the Sign O the Times era she released Koo Koo from her 3rd album Sheila with accompanying video which had Sign O the Times member Cat as back up dancer. She also served as a writer and musician on many of Prince's records, as well as on the albums of his prot?g?s such as Madhouse.

After leaving the Prince organization in 1989 (she actually had a medical problem-collapsed lung), Sheila recorded a few more albums, Sex Cymbal, Writes of Passage, and Heaven. However, the albums garnered little attention. In 2002 Sheila appeared on the Beyonc? Knowles song "Work it Out".

Sheila E. was the leader of the house band on the short-lived 1998 late night talk show, The Magic Hour, starring Magic Johnson. Sheila E. has performed three stints with Ringo Starr & His All Starr Band, in 2001, 2003, and 2006. Her drum "duets" with Starr are a moment of comic relief in the show, where they play the same parts but he quickly falls behind, shrugs and smiles as she takes off on an extended percussion solo. Says Sheila: "Ringo truly is one of the greatest rock n roll drummers in the history of music. He enjoys the joke!"

In 2004, Sheila toured New Zealand as drummer and percussionist for the Abe Laboriel Band.

In February 2006 Sheila performed with Prince (and Wendy Melvoin and Lisa Coleman) once again at the BRIT Awards.

In March 2007 she went on a small tour through Europe with her new band project called C.O.E.D. (Chronicles of Every Diva). C.O.E.D consists of Sheila E., Kat Dyson, Rhonda Smith and Cassandra O'Neal. For several concerts she was joined by Candy Dulfer as special guest.

October 2007, Sheila will be a judge alongside Australian Idol judge and marketing manager Ian "Dicko" Dickson and Goo Goo Dolls lead singer John Rzeznik on the Fox network's The Next Great American Band.

Sheila recently met with Prince on March 29, 2008, who sat in on (and played keyboard) on Sheila's performance with her family at Harvelle Redondo Beach.

On April 9th 2008, Shelia appeared on the historic Emmy winning program, Idol Gives Back. It is the most important and significant part of the highly rated American Idol series. Shelia E. took part in the show opener Get on Your Feet with Gloria Estefan. Dance troupe, So You Think You Can Dance finalists joined the stage for the memorable moment. Idol Gives Back raised awareness and funds to benefit six charities. International celebrities and sport figures graced the stage for the historic television program event.

On April 26, 2008, Sheila along with Morris Day and Jerome B rocked with Prince at the Coachella Music Festival.

From May 2nd to 6th, 2008, Shelia played four sold-out shows at Blue Note Tokyo in Japan. This is the most frequented jazz music club in Tokyo.

Sheila E. is the business partner of singer and former The Brides of Funkenstein, Lynn Mabry. They formed a foundation for abused children called the Elevate Hope Foundation. [1]

Sheila E. has collaborated many times with other artists, a notable one being Gloria Estefan for whom she played the timbales. Sheila first collaborated with Estefan on Estefan's first Spanish studio album Mi Tierra in 1993, and in 2007 with Estefan's smash hit "No Llores" in which Estefan also collaborates with Carlos Santana and Jose Feliciano. She also is one fourth of the band C.O.E.D (Chronicles of Every Diva), who as of 2008 are touring overseas and released a cd available in limited distribution or through her website.

Heaven (With The E-Train) (CDS)

In The Glamorous Life