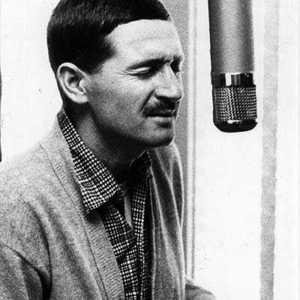 Mose Allison (born John Mose Allison. Jr., Tippo, MS, November 11, 1927) is an American jazz pianist and singer. He was born in Tallahatchie County, in the Mississippi Delta. He played piano in grammar school and trumpet in high school. He went to college at the University of Mississippi and Louisiana State University. He received a BA in English with a minor in Philosophy. After serving in the U.S. Army, he moved to New York City and launched his music career.

He was born in Tallahatchie County, in the Mississippi Delta. He played piano in grammar school and trumpet in high school. He went to college at the University of Mississippi and Louisiana State University. He received a BA in English with a minor in Philosophy. After serving in the U.S. Army, he moved to New York City and launched his music career.

Allison's first exposure to blues on record was through Louis Jordan recordings, including "Outskirts of Town" and "Pinetop Blues." Allison credits Jordan as being a major influence on him, and also credits Nat King Cole, Louis Armstrong and Fats Waller. He started out on trumpet but later switched to piano. In his youth, he had easy access, via the radio, to the music of Pete Johnson , Albert Ammons and Meade Lux Lewis . Allison also credits the songwriter Percy Mayfield , "The Poet Laureate of the Blues," as being a major inspiration on his songwriting.

After a stint in college and the Army, Allison's first professional gig was in Lake Charles, LA, in 1950. He returned to college to finish up at Louisiana State University in Baton Rouge, where he studied English and Philosophy, a far cry from his initial path as a chemical engineering major.

Allison began his recording career with the Prestige label in 1956, shortly after he moved to New York City. He recorded an album with Al Cohn and Bobby Brookmeyer , and then in 1957 got his own record contract. A big break was the opportunity to play with Cohn and Zoot Sims shortly after his arrival in New York, but he later became more well known after playing with saxophonist Stan Getz. After leaving Prestige Records, where he recorded now classic albums like Back Country Suite (1957), Young Man Mose (1958), and Seventh Son (1958-59), he moved to Columbia for two years before meeting up with Nesuhi Ertegun of Atlantic Records. He recalled that he signed his contract with Atlantic after about ten minutes in Nesuhi's office. Allison spent a big part of his recording career at Atlantic Records, where he became most friendly with Ertegun. After the company saw substantial growth and Allison was no longer working directly with him, he became discouraged and left. Allison has also recorded for Columbia (before he began his long relationship with Atlantic), and the Epic and Prestige labels.

Allison's discography is a lengthy one, and there are gems to be found on all of his albums, many of which can be found in vinyl shops. His output since 1957 has averaged at least one album a year until 1976, when he finished up at Atlantic with the classic Your Mind Is On Vacation. There was a gap of six years before he recorded again, this time for Elektra's Musician subsidiary in 1982, when he recorded Middle Class White Boy. Since 1987, he's been with Bluenote/Capitol. His debut for that label was Ever Since the World Ended. Allison has recorded some of the most creative material of his career with the Bluenote subsidiary of Capitol Records, including My Backyard (1992) and The Earth Wants You (1994), both produced by Ben Sidran. Also in 1994, Rhino Records released a boxed set, Allison Wonderland.

Although his boogie woogie and bebop-laden piano style is innovative and fresh sounding when it comes to blues and jazz, it is as a songwriter that Allison really shines.
His music has influenced many blues and rock artists including The Rolling Stones, John Mayall, JJ Cale and The Who, who played his song Young Man Blues on several tours. Allison is the subject of the Pixies song Allison and Greg Brown song Mose Allison Played Here. His song Look Here was covered by The Clash on their album Sandinista; and Blue Cheer famously covered Parchman Farm but renamed or misspelled it as Parchment Farm. Van Morrison released an album of his songs entitled Tell Me Something: The Songs of Mose Allison.

He is the father of country songwriter Amy Allison.

Mose Allison was inducted into the Long Island Music Hall of Fame in 2006.

Way of the World

The Earth Wants You