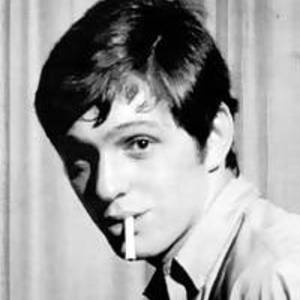 Georgie Fame (b. June 26, 1943) is a British rhythm and blues and jazz singer and keyboard player whose real name is Clive Powell. Fame was born in Leigh in Lancashire. At sixteen years of age he entered into a management agreement with Larry Parnes, who gave artists new names such as Marty Wilde and Billy Fury. Fame was already playing piano for Billy Fury in a backing band called The Blue Flames, which later became billed as "Georgie Fame & The Blue Flames".

Fame was born in Leigh in Lancashire. At sixteen years of age he entered into a management agreement with Larry Parnes, who gave artists new names such as Marty Wilde and Billy Fury. Fame was already playing piano for Billy Fury in a backing band called The Blue Flames, which later became billed as "Georgie Fame & The Blue Flames". The band had great success with rhythm and blues. Their greatest success was "The Ballad of Bonnie and Clyde" in 1968, which was a number-one hit in the United Kingdom and in the United States; they also had UK number-one hits with "Yeh, Yeh" (1965) and "Get Away" (1966). Although he enjoyed regular chart success with singles in the late 60s, it was a peculiar quirk of chart statistics that his only three Top 10 hits all made number one.

Fame continued playing into the 1970s, enjoying a hit with Alan Price (ex-keyboard player of The Animals), "Rosetta", in 1971. He has also toured as one of the Rhythm Kings, with his friend Bill Wyman playing bass.

From the late 1980s, until the 1997 album The Healing Game he was a core member of Van Morrison's band, as well as his musical producer, playing keyboards and singing harmony vocals on tracks like "In the Days before Rock 'n' Roll", whilst still recording and touring as an artist in his own right. He frequently plays residences at jazz clubs such as Ronnie Scott's. He has also played organ on Starclub's album..

Georgie Fame's swinging, surprisingly credible blend of jazz and American R&B earned him a substantial following in his native U.K., where he scored three number one singles during the '60s. Fame played piano and organ in addition to singing, and was influenced by the likes of Mose Allison, Booker T. & the MG's, and Louis Jordan. Early in his career, he also peppered his repertoire with Jamaican ska and bluebeat tunes, helping to popularize that genre in England; during his later years, he was one of the few jazz singers of any stripe to take an interest in the vanishing art of vocalese, and earned much general respect from jazz critics on both sides of the Atlantic.

Fame was born Clive Powell on June 26, 1943, in Leigh, Lancashire (near Manchester, England). He began playing piano at a young age, and performed with several groups around Manchester as a teenager, when he was particularly fond of Fats Domino and Jerry Lee Lewis. In 1959, his family moved to London, where the 16 year old was discovered by songwriter Lionel Bart (best known for the musical Oliver). Bart took Powell to talent manager Larry Parnes, who promoted British rockers like Billy Fury, Marty Wilde, Johnny Gentle, and Vince Eager. Powell naturally had to be renamed as well, and as Georgie Fame, he played piano behind Wilde and Eager before officially joining Fury's backing band, the Blue Flames, in the summer of 1961. (The Blue Flames also included guitarist Colin Green, saxophonist Mick Eve, bassist Tony Makins, and drummer Red Reece.) When Fury let the band go at the end of the year, Fame became their lead singer, and they hit the London club circuit playing a distinctive blend of rock, pop, R&B, jazz, and ska. Their budding reputation landed them a residency at the West End jazz club the Flamingo, and thanks to the American servicemen who frequented the club and lent Fame their records, he discovered the Hammond B-3 organ, becoming one of the very few British musicians to adopt the instrument in late 1962. From there, the Blue Flames became one of the most popular live bands in London. In 1963, they signed with EMI Columbia, and in early 1964 released their acclaimed debut LP, Rhythm and Blues at the Flamingo. It wasn't a hot seller at first, and likewise their first three singles all flopped, but word of the group was spreading.

Finally, in early 1965, Fame hit the charts with "Yeh Yeh," a swinging tune recorded by Latin jazz legend Mongo Santamaria and given lyrics by vocalese virtuoso Jon Hendricks of Lambert, Hendricks & Ross. "Yeh Yeh" went all the way to number one on the British charts, and Fame started living up to his stage name (although the song barely missed the Top 20 in America). His 1965 LP Fame at Last reached the British Top 20, and after several more minor hits, he had another British number one with "Getaway" in 1966. After one more LP with the original Blue Flames, 1966's Sweet Thing, Fame broke up the band and recorded solo; over the next few years, his backing bands included drummer Mitch Mitchell (later of the Jimi Hendrix Experience) and the young guitarist John McLaughlin (Miles Davis, Mahavishnu Orchestra).

At the outset, Fame's solo career was just as productive as before, kicking off with the Top Ten big-band LP Sound Venture (recorded with Harry South's orchestra); thanks to its success, he toured with the legendary Count Basie the following year. Several hit singles followed over the next few years, including "The Ballad of Bonnie and Clyde," which became his third British chart-topper in late 1967 and, the following year, his only Top Ten hit in America. But by 1969, his success was beginning to tail off; hoping to make inroads into the more adult-oriented cabaret circuit, Fame was moving more and more into straight-up pop and away from his roots. In 1971, he teamed up with onetime Animals organist Alan Price and recorded an album of critically reviled MOR pop, Fame & Price; the partnership produced a near-Top Ten hit in "Rosetta," but ended in 1973. Fame re-formed the Blue Flames with original guitarist Colin Green in 1974 and attempted to return to R&B, but his records for Island attracted little attention. He spent much of the '70s and '80s making ends meet by performing on TV and the cabaret circuit, as well as writing advertising jingles; he also continued to make records, to little fanfare.

In 1989, Fame played organ on Van Morrison's Avalon Sunset album, which grew into a fruitful collaboration over the course of the '90s; Fame played on all of Morrison's albums through 1997's The Healing Game, received co-billing on Morrison's 1996 jazz album How Long Has This Been Going On, and even served a stint as Morrison's musical director. Meanwhile, Fame's own solo work during the '90s received some of his best reviews since the '60s, starting with 1991's jazzy Cool Cat Blues, which featured a duet with Morrison on "Moondance." 1995's Three Line Whip featured his sons Tristan and James Powell on guitar and drums, respectively, and 1996's The Blues and Me further enhanced his growing jazz credibility. In 1998, Fame split with Morrison to record and tour with former Rolling Stones bassist Bill Wyman's new group the Rhythm Kings, contributing organ and vocals to several albums. In 2000, now signed to Ben Sidran's Go Jazz label, Fame released the acclaimed Poet in New York, which established him as an impressive student of jazz's vocalese tradition.

The Whole World's Shaking: Rhythm And Blues At The Flamingo CD1

Lost In A Lover's Dream

Georgie Does His Thing With Strings