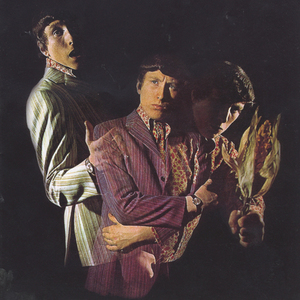 Chris Farlowe (born John Henry Deighton, 13 October 1940, Islington, North London, England) is an English rock, blues and soul singer. He is best known for his hit single "Out of Time" (a Rolling Stones song written by Jagger/Richards), which rose to #1 in the UK Singles Chart in 1966, his associations with Colosseum and Atomic Rooster, and when recording and performing as Chris Farlowe and The Thunderbirds.

In 1966 he signed with Andrew Loog Oldham, releasing an Immediate label EP featuring the tracks - In the Midnight Hour, Mr Pitiful, Satisfaction and Who Can I Turn To. Followed by the his first Album, 14 Things to Think About. The summer of 1966 saw the release of his biggest hit - Out of Time.

In the later part of the sixties he did the classic - Handbags and Gladrags, written by his friend Mike d' Abo of Manfred Man and recently covered by the Stereophonics. This was to be his last solo chart success. In the 70's Chris sang with the band Colosseum before he moved on to the group Atomic Rooster.

He was involved in a serious road accident which stopped him recording and performing for a couple of years.
He worked with various bands/musicians througout the 80's and 90's and
he still performs live today.

Career
Farlowe's musical career began with a skiffle group, The John Henry Skiffle Group in 1957, then The Johnny Burns Rhythm and Blues Quartet in 1958. He met lead guitarist Bob Taylor (born Robert Taylor, 6 June 1942, London) in 1959 and he joined the band Taylor was in (The Thunderbirds), recording five singles for the Columbia label, without much success. He then moved to Andrew Loog Oldham's Immediate label and recorded another eleven singles, five of them cover versions of Rolling Stones songs; ("Paint It, Black", "Think", "Ride On, Baby", "(I Can't Get No) Satisfaction", "Out of Time"). His most successful was "Out of Time" which was number 1 in the UK Singles Chart in 1966. His next four singles were also well received. The most famous was "Handbags and Gladrags" (which was written by Mike d'Abo), later covered by Rod Stewart and more recently by the Stereophonics).As an English R&B star of the early 1960s, Farlowe released one single, "Stormy Monday Blues", under the pseudonym, 'Little Joe Cook', which helped perpetrate the myth that he was black.His association with jazz rock group Colosseum began in the 1970s, recording a live album and three studio albums Daughter of Time, Bread and Circuses and Tomorrow's Blues (2006).Farlowe continues to tour extensively throughout the UK and Europe with band Colosseum, and also with his own band. Farlowe also deals in antiques and has a showroom in Islington. In 1972 he joined Atomic Rooster and is featured on the albums Made in England and Nice and Greasy. He also sang on three tracks of Jimmy Page's Death Wish II soundtrack 1982 and Outrider album Hummingbird, Prison Blues & Blues Anthem in 1988.
Thunderbirds
In the beginning, Farlowe was backed by the band 'The Thunderbirds', which featured guitarist Albert Lee and Dave Greenslade, (later with him again in Colosseum), Bugs Waddell (bass), Ian Hague (drums) Bernie Greenwood (sax) and Jerry Temple (percussion).

Live At The BBC CD1

Out Of Time - The Immediate Anthology CD2