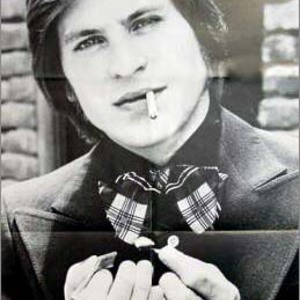 Alan Price (born April 19, 1942 in Fatfield, County Durham, England) is a musician, songwriter, and actor. A self-taught musician, primarily a keyboard player, he was educated at Jarrow Grammar School, South Tyneside, and was a founding member of the Tyneside group The Alan Price Rhythm and Blues Combo, then renamed The Animals. His playing on their international hit "House of the Rising Sun" and other tracks was a key element in the Animals' success. His arrangement of "House of the Rising Sun," a traditional folk song, has become more recognisable than previous incarnations.

He left the band in May 1965, to form the highly successful Alan Price Set. In the same year, he appeared in the film Dont Look Back, which followed Bob Dylan on tour. In 1967, he enjoyed singles success with the Randy Newman song "Simon Smith And His Amazing Dancing Bear" and "The House That Jack Built", following it up in 1968 with the jazzy "Don't Stop The Carnival". A partnership with Georgie Fame resulted in a Top 20 single in 1971, "Rosetta", and an album "Fame and Price, Price and Fame Together", as well as a regular slot in one series of "The Two Ronnies" on BBC television.

In 1973, he wrote the music for the Lindsay Anderson film O Lucky Man!; he performs on screen in the film and appears in walk-on parts as himself.

Price produced the autobiographical album Between Today and Yesterday in 1974, a track from which, "Jarrow Song", returned him to the singles chart.

He participated in two attempts to reunite The Animals in 1977 and 1983. He also made several recordings with his friend, Georgie Fame.

He acted in Alfie Darling, a less than stellar sequel to the film Alfie, in the course of which he became romantically involved with his co-star, Jill Townsend. He has written music for stage plays and films, including The Whales of August.

For the past 20 years Alan Price has continued to regularly tour the UK, both on his own, and sometimes in 60's revues with groups such as Manfred Mann, The Searchers and The Hollies.

I Put A Spell On You

A Gigster's Life For Me

The Best And The Rest Of Alan Price