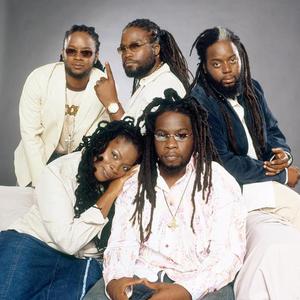 Morgan Heritage is a reggae band formed by five children of famed reggae-artist Denroy Morgan. Despite their relative youth, they have been referred to as "reggae royalty". Having grown up in their father's music studio in the U.S. the group, then consisting of eight of the children, made their first appearance at Reggae Sunsplash in Jamaica. They were subsequently signed by MCA and released their debut album Miracles in 1994. They have since criticized Miracles as being overly pop-influenced.

A year later the family moved to Denroy's homeland of Jamaica. In this period, three family members left the group. In Jamaica, Morgan Heritage began working with famed reggae producers Bobby Dixon and Lloyd James, resulting in the release of the critically acclaimed album Protect Us Jah (1997), followed by One Calling (1998), and the spiritually-inclined Don't Haffi Dread (1999). They released two albums by "The Morgan Heritage Family and Friends", and the Live in Europe! album recorded on their 2000 tour. Morgan Heritage toured in Europe again following the release of their 2001 album More Teachings... Their sixth studio album, Three in One, came out in 2003. They have released two DVD's (Live In London and Live Over Europe 2003) with good success and "Full Circle" (2005)
There is a sibling band called L.M.S which is more hip-hop influenced without a band, that often tours with them and is a part of their family, as well as their father Denroy Morgan.
They are one of the most influential reggae bands today, returned to Jamaica and opened studio and realised 3 complilations of "Morgan Heritage Family and Friends" creating their own rhytms.
They have cooperated with most reggae bands and DJs (MCs) of today including Capleton, Luciano, Gentleman, Beres Hammond etc.

Have No Fear (Promo CDS)