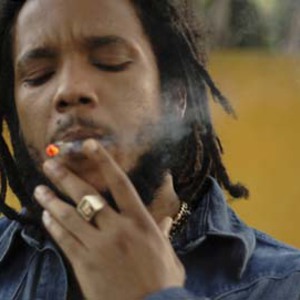 Stephen Robert Nesta Marley, (born April 20, 1972 in Wilmington, Delaware; raised primarily in Kingston, Jamaica) is a reggae artist and a son of Bob Marley and reggae singer Rita Marley. Stephen is a five-time Grammy award winner as artist, producer and recording engineer. As child and teenager, he was a member of Ziggy Marley & The Melody Makers. His debut album Mind Control was released 20 March 2007.

As child and teenager, he was a member of Ziggy Marley & The Melody Makers. His debut album Mind Control was released 20 March 2007. Stephen produced much of his brother Damian Marley's three solo albums, most notably 2005's Welcome to Jamrock, where he was featured on the tracks "All Night", "Pimpa's Paradise", "For The Babies", and "Hey Girl". He has also produced for brother Julian Marley.

2004 he started the 27-city Bob Marley Roots, Rock, Reggae Festival tour with his four brothers and sons of Bob ? Ziggy, Julian, Damian and Ky-Mani ? each of whom have their own professional recording careers. The tour was the first time the brothers have officially performed together on stage.

Every February in Miami, Marley and his brothers perform at his family's annual Caribbean Festival in honour of their late father Bob Marley.

Revelation Part 1: The Root Of Life

Revelation Pt. 1: The Root Of Life