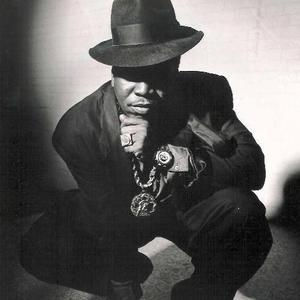 Barrington Levy (born April 30, 1964) is a reggae and dancehall artist. He was born in Clarendon, Jamaica and soon formed a band with his cousin, Everton Dacres, called the Mighty Multitude; the pair released "My Black Girl" in 1977. Levy established his solo career the next year with "A Long Time Since We Don't Have No Love"; though the single was a failure, the fourteen year old was a popular performer at Jamaican dancehalls.

Soon, Levy met Junjo Lawes and Hyman Wright, both record producers, and recorded several singles with the Roots Radics, including "Al Yah We Deh", "Looking My Love", "Englishman", "Wedding Ring Aside" and "Collie Weed", all of which became hits and established Levy's career.

Levy's next few singles were similarly successful, including "Shine Eye Girl", "Wicked Intention", "Jumpy Girl", "Skylarking" (by Horace Andy), "Disco Music", "Reggae Music", "Never Tear My Love Apart", "Jah", "You Made Me So Happy" and "When You're Young and in Love". Levy then recorded several duets with Toyan, Jah Thomas and Trinity, and memorably appeared at Reggae Sunsplash in 1980 and 1981. Though LPs were not terribly important in Jamaica at the time, Levy released three albums before 1980: Bounty Hunter, Shine Eye Gal (United Kingdom) and Englishman, a critically acclaimed record.

By 1980's Robin Hood, Levy was one of the biggest Jamaican stars, and saw his international fame growing as well, especially in England. Taking a break from albums, Levy then released a series of hit singles, including "Mary Long Tongue", "In the Dark", "Too Poor", "I Have a Problem", "Even Tide Fire a Disaster", "I'm Not in Love", "You Have It", "Love of Jah", "Under Mi Sensi", "Tomorrow Is Another Day", "Robberman", Black Rose", "My Woman" and "Money Move". Levy returned to LPs with Lifestyle and Money Move, followed by a British hit album called Here I Come; Levy received Best Vocalist at the British Reggae Awards.

The late 1980s saw Levy, now in his twenties, slow down his output, though he continued to perform and record until 1988. In 1993, Levy tried to break in the United States with Barrington, but Levy and his label, MCA Records, did not have a good relationship and he soon left. In the 1990s, Levy continued to release periodic hits in Jamaica, and more rarely in the UK. In 1998, he released Living Dangerously, which included guests like Snoop Doggy Dogg and Long Beach Dub All-Stars.