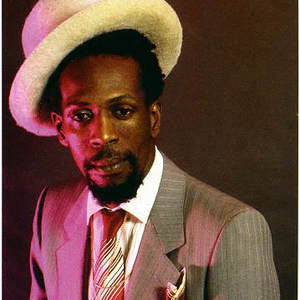 Gregory Isaacs (born on 15 July 1951 in Fletchers Land, Kingston, Jamaica and died on 25 October 2010 in London) was a Reggae singer and songwriter. Gregory Anthony Isaacs is known as "The Cool Ruler" for his seductive crooning vocal style. Gregory attributed his greatest musical influences to R&B greats Sam Cooke and Percy Sledge, in addition to Delroy Wilson, Alton Ellis and Ken Boothe. In the late 1960s, Gregory first performed in a vocal trio called The Concords, after being encouraged by Byron Lee.

In the late 1960s, Gregory first performed in a vocal trio called The Concords, after being encouraged by Byron Lee. By 1970 the group had split up. He subsequently formed his own label, African Museum.

In the late 1970s he emerged as one of the most prolific and popular recording artists in Jamaica. He released a number of self-produced singles on his own African Museum (JA) label with Errol Dunkley. Much of Isaacs' output reflected the 'conscious' themes of Roots Reggae, but Isaacs was equally adept at interpreting more mainstream Lovers Rock material. Early hits include "My Only Lover", "Sinner Man" and "Mr. Cop", recorded at Lee Perry's Black Ark Studio.

A period in the 1970s with the GG's label and its producer Alvin Ranglin produced hits like "Border" and "Number One".

Personal problems affected him, particularly battles with a cocaine addiction and a possession charge, which prevented him from touring in North America for a significant part of his career, until a pardon could eventually be secured.

Isaacs recorded with a number of producers, including the Riddim Twin's (Sly & Robbie) Taxi Records, who gave them their first hit with 1979's "Soon Forward" , After a series of releases with Sly & Robbie, Gregory built a strong relationship with Gussie Clarke of the Music Works label. In addition to these local Jamaican labels, The Cool Ruler had had releases on Trojan, VP, Virgin's Front Line and English producer Tad A. Dawkin's Tad's Records. Isaacs would would eventually sign with Chris Blackwell's Island Records which resulted in the international release of Night Nurse (1982) and Out Deh! (1983).

Perhaps his most popular recordings in his native Jamaica are "All I Have Is Love", "Mr. Brown" and "Hard Drugs", the latter being an anti-drug anthem that dominated radio in the late 1980s and was released as a hidden track on England's Tad Records All I Have Is Love, Love Love LP.

In the 1990s Gregory's African Museum label continued to release all of Gregory Isaacs' music, and that of artists he produced. He continued to record and perform live in the 2000s, and it has been estimated that Isaacs has released over 500 records in his career, which includes singles and compilations.

Isaacs, who was 59 years old, died of lung cancer on 25 October 2010 at his home in London where he spent part of his time. A sad loss to the world.

My Kind Of Lady

The Table Is Going To Turn