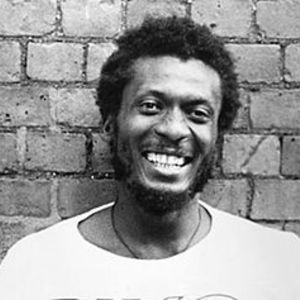 Jimmy Cliff OM (> Jamaican Order of Merit) born as James Chambers (1 April 1948, St. Catherine, Jamaica) is a Jamaican reggae musician. He is best known among mainstream audiences for songs like "Sittin' in Limbo", "You Can Get It If You Really Want," "Many Rivers to Cross" and the title track from The Harder They Come, a film soundtrack which helped popularise reggae across the world. Cliff moved to Kingston in 1962.

Cliff moved to Kingston in 1962. After he released two singles that failed to make much of an impression, his career took off when his "Hurricane Hattie" became a hit, while he was aged just 14; it was produced by Leslie Kong, with whom Cliff would remain until Kong's death. Later local hit singles included "King of Kings", "Dearest Beverley" and "Pride and Passion". In 1964, Cliff was chosen as one of the Jamaican representatives at the World's Fair, and Cliff soon signed to Island Records and moved to Britain. Island initially (and unsuccessfully) tried to sell Cliff to the rock audience, but his career took off in the late 1960s. His international debut album was Hard Road to Travel, which received excellent reviews and included "Waterfall", a Brazilian hit that won the International Song Festival.

"Waterfall" was followed in 1969 by "Wonderful World, Beautiful People" and "Vietnam" in 1970, both popular throughout most of the world. Folk rock singer-songwriter Bob Dylan even called "Vietnam" the best protest song he'd ever heard. Wonderful World included a cover of Cat Stevens' "Wild World", which was a success in 1970.

Leslie Kong died of a heart attack in 1971. The soundtrack to the reggae film The Harder They Come was a huge success that sold well across the world, but did not break Cliff into the mainstream. After a series of albums, Cliff took a break and traveled to Africa, exploring his newfound Muslim spirituality. He quickly returned to music, touring for several years before he recorded with Kool & the Gang for Power & the Glory (1983). (During the 1981 River Tour, Bruce Springsteen and the E Street Band added Cliff's little-known "Trapped" to their live set; it achieved great prominence when included on 1985's We Are the World benefit album.) The follow-up, Cliff Hanger (1985) won a Grammy Award, though it was his last major success in the U.S. until 1993. He continued to sell well in Jamaica and, to a lesser extent, the UK, returning to the mainstream pop charts in the U.S. and elsewhere with a version of Johnny Nash's "I Can See Clearly Now" on the Cool Runnings film soundtrack in 1993 .

His recording of 'You Can Get It If You Really Want' was used as a campaign anthem by the Sandinista National Liberation Front in the 1990 election in Nicaragua (they lost). It was also adopted by the British Conservative Party during their annual conference in October, 2007. It is unclear whether Mr Cliff endorsed either party. He was inducted into the Rock and Roll Hall of Fame March 15,2010.