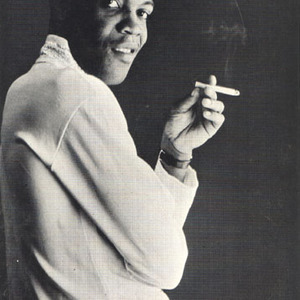 Desmond Dekker (born in Kingston, Jamaica on 16 July 1941 - deceased 25 May 2006), was a Jamaican ska and reggae singer and songwriter. Together with his backing group, The Aces (consisting of Wilson James and Easton Barrington Howard), he had the first international Jamaican hit, Israelites. Other hits include 007 (Shanty Town) (1967) and It Mek (1968). Before the ascent of Bob Marley, Dekker was the best-known Jamaican musician outside of his country, and one of the most popular within it.

He was born Desmond Adolphus Dacres in St. Andrew, Jamaica and grew up in Kingston, where he attended the Alpha Boys' School. After his mother took ill and died, his father moved him to St. Mary's, and then to St. Thomas, where he apprenticed as a tailor before returning to Kingston and taking a job as a welder, singing around his workplace while his co-workers encouraged him. In 1961 he auditioned for Coxsone Dodd (Studio One) and Duke Reid (Treasure Isle). Neither were impressed by his talents, and the young man moved on to Leslie Kong's Beverley record label, where he auditioned before Derrick Morgan, then the label's biggest star.

With Morgan's support, Dekker was signed but did not record until 1963 because Leslie Kong wanted to wait for the perfect song, which "Honour Your Father and Mother" was felt to be.

?Honour Your Father and Mother? was a hit and was followed by ?Sinners Come Home? and ?Labour for Learning,? as well as a name change (from Desmond Dacres to Desmond Dekker). His fourth hit, however, made him into one of the island's biggest stars. It was ?King of Ska,? a rowdy and jubilant song on which Dekker was backed by The Cherrypies (also known as The Maytals). The song remains well known among ska fans. Dekker then recruited four brothers, Carl, Patrick, Clive and Barry Howard, who became his backing band, The Four Aces.

Dekker and the Howards recorded a number of hits including ?Parents,? ?Get Up Edina,? ?This Woman,? and ?Mount Zion.? Until 1967 Dekker's songs were polite and conveyed respectable, mainstream messages. In that year, however, he appeared on Derrick Morgan's ?Tougher Than Tough,? which helped begin a trend of popular songs glamourizing the violent rude boy culture. Dekker's own songs did not go to the extremes of many other popular tunes though he did introduce lyrics which resonated with the rude boys starting with one of his best-known songs, ?007 (Shanty Town)?. The song established Dekker as a rude boy icon and also became an established hero in the United Kingdom's mod scene. ?007 (Shanty Town)? was a Top 15 hit in the UK, and he toured that country with a posse of mods following him.

Dekker continued with songs in the same vein such as ?Rude Boy Train? and ?Rudie Got Soul?, as well as continuing with his previous themes of religion and morality in songs like ?It's a Shame?, ?Wise Man?, ?Hey Grandma?, ?Unity?, ?It Pays?, ?Mother's Young Girl? and ?Sabotage.? His ?Pretty Africa? is a long-standing favourite among his fans and may be the earliest popular song promoting repatriation. Many of the hits from this era came from his debut album, 007 (Shanty Town).

In 1968 Dekker's ?Israelites? was released, appearing on both the U.S. and UK singles chart, and eventually topping the latter and peaking in the Top Ten of the former. He was the first Jamaican performer to enter U.S. markets with pure Jamaican music, though he never repeated the feat. Equally, the track became the first reggae song to top the UK chart. That same year saw the release of ?Beautiful and Dangerous,? ?Writing on the Wall,? ?Music Like Dirt?, ?Bongo Girl,? and ?Shing a Ling.? In the same year, Dekker was mentioned as "Desmond" by his friend Paul McCartney in The Beatles' song "Ob-La-Di, Ob-La-Da", when it was released on 'The White Album'.

1969 saw the release of ?It Mek,? which first saw only lukewarm success but was re-recorded and became a hit both in Jamaica and the UK. He also released ?Problems? and ?Pickney Gal,? both of which were popular in Jamaica but saw only limited success elsewhere.

In the 1970s Dekker spent most of his time touring and moved to the UK, where he continued to record. Among his best known releases of this period was ?You Can Get It If You Really Want,? written by Jimmy Cliff, which Dekker had not wanted to record but was convinced to do so by Leslie Kong. Dekker's recording of the song uses the same instrumental backing track as Cliff's original.

Kong, whose production had been an instrumental part of both Dekker's and Cliff's careers, died in 1971 and both his proteg?s lost direction for a period before returning to music.

Dekker continued recording, but with only limited success until he began working with the production duo Bruce Anthony in 1974. His first hit with the pair was 1975's ?Sing a Little Song? which climbed in to the British Top Ten. Dekker was unable to follow its success, however, and did not chart in the UK for some time (except for the Top Ten re-charting of ?Israelites? in 1975). Dekker also found only a limited audience in Jamaica.

At the end of the 1970s Dekker signed with Stiff Records, a punk label linked with the Two-Tone movement, a fusion of punk and ska. He recorded an album called Black & Dekker which featured his previous hits backed by The Rumour, Graham Parker's backing band. His first single was ?Israelites,? a Top Ten Belgian hit, and was followed by ?Please Don't Bend,? Jimmy Cliff's ?Many Rivers to Cross? and ?Book of Rules.? His next album was Compass Point, produced by Robert Palmer. Though Compass Point did not sell well, Dekker was still a popular live performer and he toured with The Rumour.

In the early 1980s, as the Two Tone movement died out, he saw his fortunes dwindle and he was declared bankrupt in 1984. Only a single live album was released in the late 80s, but a new version of ?Israelites? reawakened public interest in 1990, following its use in a Maxell advertisement. He re-recorded some old singles, and worked with The Specials for 1992's King of Kings', which used hits from Dekker's musical heroes, including Derrick Morgan.

He also collaborated on a remix version of his classic ?Israelites? with reggae artist Apache Indian.

Desmond Dekker died of a heart attack on 25 May 2006, at his home in Thornton Heath in the London Borough of Croydon , England, aged 64. He was preparing to headline a world music festival in Prague. Mr. Dekker was divorced and is survived by a son and daughter.

You Can Get It If You Really Want. The Definitive Collection CD2

You Can Get It If You Really Want. The Definitive Collection CD1