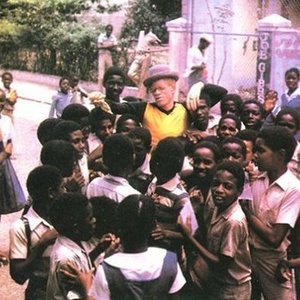 "King" Yellowman as he is known, is one of the most popular reggae artists to have come from Jamaica. Born as Winston Foster in 1959, in Kingston, Jamaica, he was also an alumnus of the Alpha Boy's school where many reggae artists and musicians got their early musical training. Yellowman, nicknamed for his albino appearance, got his start in the late 1970's as a young DJ (toaster or rapper). He built his early career around the fact that he was an albino, and his audiences accepted him for his self-effacing humor and lyrical cleverness.

He won the annual Tastee Talent contest held in Jamaica in 1978, and within a matter of months became a headlining act on Jamaican stage shows. His records were both witty and relevant, and his slack lyrics were as prevalent as the strong social commentary he could record. His first few albums recorded with (the recently late) producer Henry "Junjo" Lawes were released internationally on the UK label, Greensleeves in the early 80's. After Bob Marley's death in 1981, Yellowman became one of the most popular Reggae artists, and the new "dancehall" style that he performed was taking hold in Reggae. He was successful with tours in the UK and US, and in the mid 80's, his success led to a recording contract with CBS/Columbia Records for his album "King Yellowman." His popularity waned a bit in the late 80's but he continued to work hard by releasing an album a year and constantly touring the world gaining new fans. In the early 90's he fought and won a bout with cancer, and today is as strong and fit as ever, performing in front of sold-out crowds on tour 4-5 months per year with his long time backing band, the Sagittarius Band. His last release in 1997, "Freedom Of Speech," on RAS Records gained Yellowman his first Grammy nomination. Here on this all new CD, "Yellow Fever," King Yellow is produced by another member of Reggae royalty, King Jammys.

Message To The World