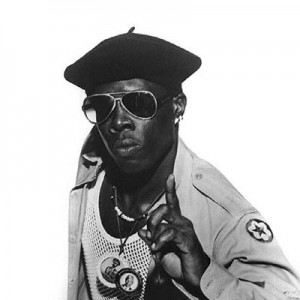 Shabba Ranks (born Rexton Rawlston Fernando Gordon on 17 January 1966, in Sturgetown, St Ann's, Jamaica) is known as one of the most popular dancehall artists ever. Ranks gained his fame mainly by practicing dee jaying rather than singing tunes similarly to his contemporaries. Ranks arrived on the Jamaican and international stages in the late 1980's with a number of fellow artists. These include the British vocalist Maxi Priest; reggae singers Cocoa Tea, Crystal...

Ranks arrived on the Jamaican and international stages in the late 1980's with a number of fellow artists. These include the British vocalist Maxi Priest; reggae singers Cocoa Tea, Crystal, and Mykal Rose and R&B singer Johnny Gill; in addition to working with luminaries Chuck Berry and American rappers KRS-One and Chubb Rock. His biggest hit non-Jamaican hit was "Mr. Loverman", although in Jamaica and for many reggae lovers, this was not his best work. Other, more appreciated tracks by reggae enthusiasts, include "Respect", "Pirates Anthem", "Trailor Load A Girls", "Wicked in Bed", "Caan Dun", and "Ting A Ling".

His later reputation was badly damaged by his explicitly homophobic views and lyrics. This was evidenced by a particularly notorious incident on the Channel 4 programme 'The Word' where he appeared to advocate the crucifixion of homosexuals and was condemned for his comments by presenter Mark Lamarr. On tracks like "No Mama Man", a sample of such views persists:
"Don't give a love to a man if you nuh seh him a mama man"
"If Jamaica would a legalize gun / to kill battyboy would be the greatest fun"

Another example of these views is in the song "Wicked in bed":
"Inna me fi bed me no want Alfred/ me no want Tony/ me no want Ted/ me no promote Mama Man/ I leave Mama man fi dead/ BAM BAM! me lick a shot on a mama man's head"

Following this episode, and subsequent negative media coverage, his career never fully recovered. He was eventually dropped by his American record label, Epic Records, in 1996. However, his previous work netted him at least two Grammy Awards. Anti-homosexuality is a common viewpoint in the reggae-dancehall community in Jamaica; Shabba Ranks is not the only artist to have referred to such matters in song. Later reggae artists that have come under criticism for their homophobic views include Buju Banton, Beenie Man, Elephant Man, and Sizzla. (See also LGBT rights in Jamaica.)

Get Up Stand Up