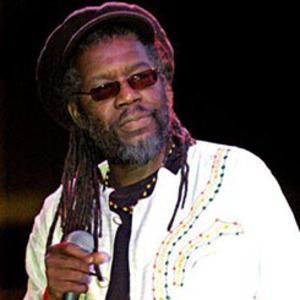 Macka B is a British-born reggae artist, performer and activist with a career spanning almost 30 years in the United Kingdom and Jamaica. He is also a practicing Rastafarian. On leaving school, Macka B became a technical apprentice for Ever Ready GB Ltd, made redundant three years later due to the factory closure. In 1980 completed an engineering inspection course. Macka B has always been interested in music. At school, he played the violin, and also joined the school choir. Whilst at school, he became more interested in Reggae music, especially DJ's, I-Roy, U-Roy, Prince Jazzbo.

On leaving school, Macka B became a technical apprentice for Ever Ready GB Ltd, made redundant three years later due to the factory closure. In 1980 completed an engineering inspection course. Macka B has always been interested in music. At school, he played the violin, and also joined the school choir. Whilst at school, he became more interested in Reggae music, especially DJ's, I-Roy, U-Roy, Prince Jazzbo. He started to practice at home, but never had the courage to perform to an audience. He and some friends started a sound system call "Exodus", they had good reaction wherever they played, and this encouraged him to write his own lyrics.

In 1982, a trip to Jamaica inspired him greatly, improving his talent. He entered a talent competition in 1983 at the Rising Star night club, Bilston, (including Pato Banton, Ranking Ann) Macka B won, and from this, was invited on radio several times, his name became more known. Also at this time, he was in a band called Pre-wax, they did many live shows, and appeared on Channel 4's Rockers Roadshow. A record entitled Maggie's Letter was recorded with a producer called Papa P, which became a local success. Derek Nelson, producer of Ebony BBC2 heard Macka B perform on radio, and as they had a show planned for Birmingham, asked him to perform on that show, He went down well, and so obtained a regular spot on the next series. Macka B never stopped working with sound systems, Wassifa, and Skippy & Lippy being the main ones. A tape of a show Wassifa v Saxon sound in Leicester, was heard by Chris Lane of Fashion Records, who invited Macka B to do some recording. "Bible Reader" on disco mix was released, and reached No 15 in the Reggae Charts. Also released, a track called "Gentleman with Manners" on an LP entitled Great British M,C's. Met the Mad Professor, joined the Ariwa label and recorded an LP called "Sign of The Times". This reached No 1 in the Reggae LP charts. Appeared on Channel 4 Club Mix, and on the 1986 Sunsplash at the Wembley Arena. Released "Don't Judge Me" in late 1986. Macka B has had a successful tour of Germany in January 1987, along with the Ariwa Possee. His 2nd album for Ariwa "We've Had Enough" was released in June 1987 to coincide with his 2nd European tour for 1987. Later that year, Macka B visited Bern in Switzerland. 1968 Macka B visited Jamaica and "Love It In Jamaica" was recorded. Later in '88 he recorded his 3rd Ariwa album "Looks Are Deceiving". This album proved to be quite successful, and included current single "Unemployment Blues" which was recently featured on BBC2 in the programme DEF II - Behind The Beat. On the flip side is the self explanatory "Don't Sell Your Body". Macka B has since recorded his fourth album "Buppie Culture" which was on general release in mid 1989, with encouragingly good response. The album contained tracks including "Dread a Who She Love" a duet with Kofi. It was also released as,a single in September of 1989, and went to No 1 in the.Reggae charts in the November of that year and stayed at that spot for 6 weeks. It was also featured on a video which was shown in places as far afield as Jamaica, Germany, Sweden and Zimbabwe. Macka B did the Buppie tour which took him to Ireland, Holland, Belgium, Germany, Italy, Switzerland, Poland, Finland, Sweden, and Denmark. 1990 saw the recording and release of "Proud of Mandela" which celebrated the release of Nelson Mandela, it went straight to No 1 and was also featured on his 5th album "Natural Suntan" - 'Black Man' the flip side was also very popular. Staying with the social comments, Macka B recorded "Pam Pam Cameroon" as his commentary of the Cameroon's performance in at the 1990 World Cup. This record was heard and appreciated in places far as Cameroon, later that year Macka B played Australia, thus becoming the first British Reggae artist to tour this continent.