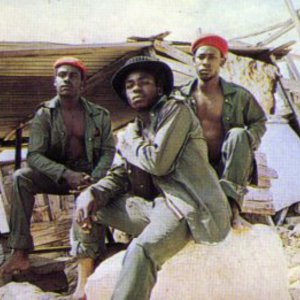 Mighty Diamonds are a Jamaican trio who had major success during the 70's at the 'Channel One' studio and record label at Maxfield Avenue, Jamaica. Despite their heyday at Channel One, the trio continued to produce sublime work in later years, notably for 'Gussie Clarke' with the classic 'Pass The Kouchie' which rode an updated cut of an old Studio One instrumental called 'Full Up'. The tune was also covered by the English group 'Musical Youth' but was known as 'Pass The Dutchie'.

The Moment Of Truth