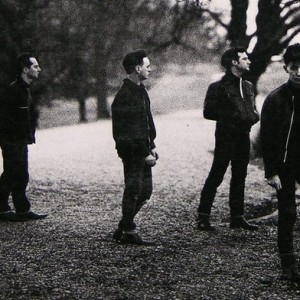 Originally called the Sherbet Monsters, the quartet first formed in the spring of 1985 in Wolverhampton, in the The Black Country. Paul Marsh, Dave Newton and Tony Linehan had played together in a band called Active Restraint in 1982, with Newton later leaving to become a founding member of The Wild Flowers. Dave Newton and Tony Linehan were the principal songwriters for the group. Their sound can best be described as neo-psychedelia in the vein of Echo & The Bunnymen, played with a ringing Rickenbacker guitar as the lead instrument.

In December 1985 the quartet, now officially The Mighty Lemon Drops, released their first independent single, "Like An Angel," which went to the top of the UK Indie Chart. They also recorded a session for John Peel around the same time. Becoming part of the C86 movement, which was championed by the New Musical Express, they were soon snapped up by Blue Guitar, a subsidiary of Chrysalis Records. They later signed with Sire Records for the United States and Canada. Derek Jarman produced the video for the "Out of Hand" single in 1987 which was followed by their hit "Inside Out" in 1988. They were eventually dropped by Chrysalis after three albums (Happy Head, World Without End and Laughter) after failing to repeat their initial independent success, but remained signed with Sire. During the sessions for Laughter, Linehan left the band and was replaced by Marcus Williams.

The band released two more albums, Sound...Say Goodbye To Your Standards and Ricochet before finally breaking up in 1992. Three more albums followed (live albums All The Way and Young, Gifted, & Black Country, and the greatest-hits package Rollercoaster) and at the end of 2000 the band played a one-off comeback gig in Wolverhampton.

Linehan now works as a project manager and emigrated to New Zealand in April 2007.
Newton still works as a recording engineer and record producer, and has completed projects for The Little Ones and The Blood Arm. In 2006, he produced a cover version of "Inside Out" (as well as playing bass guitar on the track) for the The Lassie Foundation's double album, Through and Through.

Rollercoaster: The Best Of The Mighty Lemon Drops

Another Girl, Another Planet (CDS)

Into The Heart Of Love (CDS)