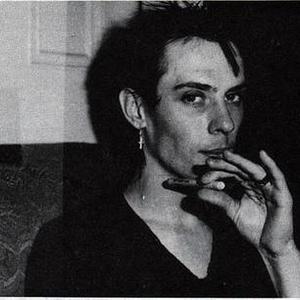 Peter John Murphy (born 11 July 1957, near Northampton, England, raised in Wellingborough, England), is the vocalist of the rock group Bauhaus who later went on to release a number of solo albums, such as Deep and Love Hysteria. By 1983, Bauhaus broke up and Murphy went on to new projects not involving Bauhaus members Kevin Haskins, David J, or Daniel Ash. After some brief dabbling with acting and dance - including a slightly odd televised performance to Bauhaus's "Hollow Hills" - he soon formed Dalis Car with Mick Karn, the bass player from Japan.

By 1983, Bauhaus broke up and Murphy went on to new projects not involving Bauhaus members Kevin Haskins, David J, or Daniel Ash. After some brief dabbling with acting and dance - including a slightly odd televised performance to Bauhaus's "Hollow Hills" - he soon formed Dalis Car with Mick Karn, the bass player from Japan.

Murphy's solo career over time became more varied than Bauhaus, ranging from pseudo-pop to haunting ballads that showcased his deep and complex vocals. After the commercial non-start of Dali's Car, Murphy's first solo album was similarly overlooked. Should the World Fail to Fall Apart did spawn several singles, including a cover of Pere Ubu's "Final Solution" that made a minor splash on the club scene.

The followup, Love Hysteria, did much better. It also marked the beginning of a long-term collaboration with songwriter Paul Statham, who co-wrote songs with Murphy until 1995. The resulting singles "All Night Long" and "Indigo Eyes" helped garner a wider following, and the black-and-white video for "All Night Long" entered rotation on MTV.

The pinnacle of Murphy's solo popularity came with the release of Deep. For this album Murphy reinvented himself as somewhat of a rock-god, now sporting hair dyed platinum blonde and performing a much more aggressive alt-rock sound. The single "Cuts You Up" from Deep held on to the top spot on the Billboard Modern Rock Tracks chart for longer than any other single before - displacing "So Alive" by his former Bauhaus-bandmates Love and Rockets.

Also in 2000, Murphy gave a nod to the North American goth scene, where his solo works and his works with Bauhaus are still very popular, by making a surprise guest appearance at the sixth annual Convergence festival in Seattle, to perform a low-key, acoustic solo set.

In 2004, Murphy signed to yet another new label, Viastar, which was home to several other 1980s pop artists who had moved into more eclectic areas. Despite numerous problems with the label, the album Unshattered was released, showcasing Murphy returning to a more pop sound.

Murphy undertook extensive tours of the U.S.A and Europe to promote 'Unshattered' in 2005, with a live band featuring guitarist Mark Gemini Thwaite of The Mission UK and Tricky on guitar, Jeff Schwartoff of Human Waste Project and Professional Murder Music on bass and Justin Bennett of Skinny Puppy on drums. Murphy and the band reconvened in November 2007 for shows in Portugal and Spain, with Nick Lucero replacing Bennett on drums. In May 2008 Murphy recorded a cover of the song "Warm Leatherette" with Trent Reznor and Jeordie White from Nine Inch Nails. This was played live at an intimate studio performance, and the video recording was released on both the official Nine Inch Nails website and YouTube. A full-length album called Ninth was released in 2011, featuring the single "I Spit Roses".

The Last And Only Star (Rarities)

5 Albums - Should The World Fail To Fall Apart CD1